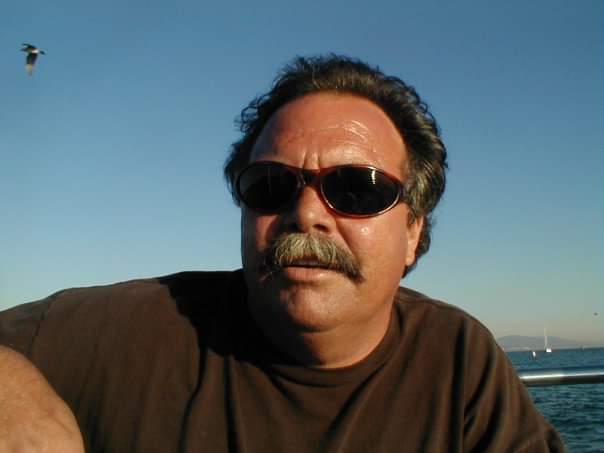 Eric Michael McLoon, was born August 25, 1954 to Walter Holt McLoon II, a sergeant major in the Marine Corps and Esther L. McLoon, a devoted and loving mother. Over the last few years Eric fought bravely through a heart attack, lung cancer, brain cancer, diabetes and pneumonia, among a myriad of other illnesses. After smoking Marlboros all his life he was not surprised. Eric passed away peacefully October 8, 2020 at the age of 66.

Eric had the gift of the gab even though he never kissed the Blarney Stone. He loved four-letter words and scotch. Most of all he loved his family. He is survived by his wife Patricia McLoon (who survived dating him for 6 years followed by 38 years of marriage), his first born Ryan Alexander McLoon (his son and his moon), Chelsea Brianna McLoon (his daughter and fairy princess), his sister Michelle L. Carey and brother Walter H. McLoon III.

His wife always said she fell in love with him because of his huge heart, his generosity and because he unveiled Christ Jesus to her, she thought they would have cute kids, and he was so strong that he would always protect her.

Eric was a card-carrying swimming pool contractor who joined the family business in 1969. He took great pride in his work and ability to bring joy to his customers for over 40 years. When Patti became pregnant she said the pool man did it.

Eric loved tales of lore, the idea of old magic and fairy tales. At Christmas, before he had kids of his own, he would buy toys for his friends’ kids and leave them on their doorsteps “from Santa” on Christmas Eve. Once the kids were born he was as excited as they were for every holiday. His kids will tell you he instilled imagination, the sense of adventure and a wondrous spirit of the magical in them. St. Patrick’s Day was filled with leprechauns. He used to let the grass grow long and the bushes overgrow to create mystical hiding places for Easter eggs hunts on Easter mornings. He enjoyed summer camping trips and barbeques. And how he could cook. He made the best Thai egg rolls from scratch. Halloween came with bats and bubbling cauldrons and Christmas came with a floating star of Bethlehem and neighborhood award-winning decorations over the top.

He had deep life-long friendships that endured even when years would go by without contact. He could walk into a room with an old friend and start up a conversation with them where they left off as if they saw each other yesterday. When he loved you, he loved you for life. That went for his pets as well – Smokey, Geraldine, Caesar, Luna, Hime, Chanel, Tinker, Lulu and Casper.

In these Covid times, a private graveside service will be held at El Toro Cemetery October 20, 2020 at 11:00 am. The family will post details for a celebration of his life in the future. Donations to the American Diabetes Association or the UCI Anti-Cancer Challenge are appreciated.