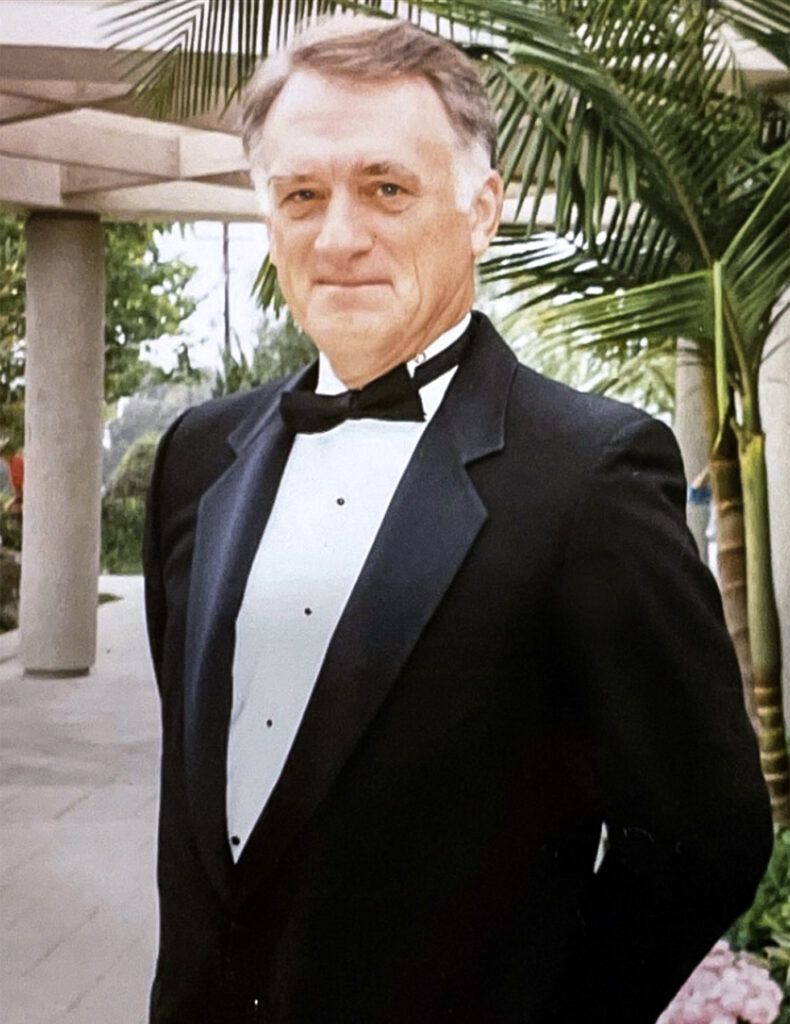 Edward Reinhardt, 84, of Laguna Hills, CA, peacefully passed away of natural causes on December 25, 2022 surrounded by his loved ones. Ed was born on October 15, 1938 to Earl & Kathleen in Newton, MA. After Edward graduated from Melrose H.S. he earned his degree in aeronautical engineering at the University of Notre Dame. He then enlisted in the Navy where he served for four years making rank as Lieutenant. Upon completion of his service, Ed worked for almost 35 years in the aerospace industry for Pratt & Whitney Aircraft.

In 1962 he met Prudence Haskell in Boston where they fell instantly in love and were married in Bar Harbor, ME on May 25th, 1963. Ed & Prudy went on to have four sons… Mark, Mike, Dave & Dan. They moved their family from Connecticut to Southern California in 1977 where they maintained residence to this day.

Ed was passionate about his faith, several sports, and taking on endless projects with his hands. After a hard day’s work you’d often find him in the garage working on cars, his boat (a.k.a. Salty 66) or whatever project that happened to be on his “to do” list at that moment. Every Saturday in the Fall you could hear Ed cheering on and yell at his Fighting Irish from anywhere in the house.

Edward retired in 1997 after devoting 33 years to the same corporation. While retired, he had time to pursue his love of travel, playing golf and spending time with his grandchildren. Edward is survived by his beloved wife, four sons, sister Margarette, brothers Frank & Tom and grandchildren Max, Casey, Johnny, Nicole & Devin, Jeremy & Sonnie; and great-grandson Jden.

A memorial vigil will be held at O’Connor Mortuary in Laguna Hills, CA on Friday, January 6th at 10:30am. (25301 Alicia Pkwy) followed by a private mass at St. Kilian Catholic Church starting at 1:00pm (26872 Estanciero Dr, Mission Viejo, CA). Finally, there will be a Celebration of Life gathering following mass at Arroyo Trabuco from 2:30-6:30pm (26772 Avery Pkwy, Mission Viejo CA, 92692. Food and beverage will be served as we all share our favorite memories of Ed with friends and family.