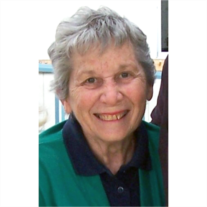 Dorothy Jeanne “DJ”, “Dot”, “Dottie” Bode Sieben was born June 8, 1925 in Kansas City, Missouri. She was the eldest of Bill and Mary Bode’s six children. After graduating from high school at the age of seventeen, she spent six months in Southern California living with her Uncle Bob, Aunt Cele and Cousin Nancy. While in Southern California, she got a part-time job as a gift wrap clerk at the upscale Bullock’s Wilshire Department Store in downtown Los Angeles. She spent her days off traveling around California and the Pacific Northwest before returning to Kansas City. Once back home she worked briefly as a manufacturer’s representative for a giftware company and traveled around Kansas and Missouri participating in trade shows. She eventually ended up working full-time for an insurance company. As a young woman, Dorothy enjoyed playing tennis, horseback riding, and dancing at the local USO.
Dorothy joined the United States Marine Corps Reserves in 1950, thinking that she would attend a meeting once a month and get paid to do so. She was quite surprised to get called to active duty in 1951 during the Korean Conflict. She ended up attending and graduating from Officer’s Training School in 1952 and was commissioned as a Second Lieutenant before her Honorable Discharge the same year.
Dorothy met Paul Sieben, Jr. in the late 1940’s through mutual friends. The couple dated for several years and married on October 11, 1952. Dorothy and Paul raised six children together and were married for almost 59 years before Paul’s passing in 2011. Over the years the family lived in Overland Park, KS; Huntington Beach, CA; Benicia, CA; Bartlesville, OK; Westminster, CA and finally, Mission Viejo, CA. Dorothy and Paul were “Gran & Pa” to their beloved six grandchildren and have a great-grandchild scheduled to arrive in September of this year.
Dorothy was a lifetime member of the Women Marine’s Association for most of the years following her discharge.
Dorothy and Paul remained active in the Catholic Church over the years, due to Paul’s involvement with the Knights of Columbus. After Paul retired in the mid-1980’s, he and Dorothy spent their time traveling extensively and enjoying their children and grandchildren.