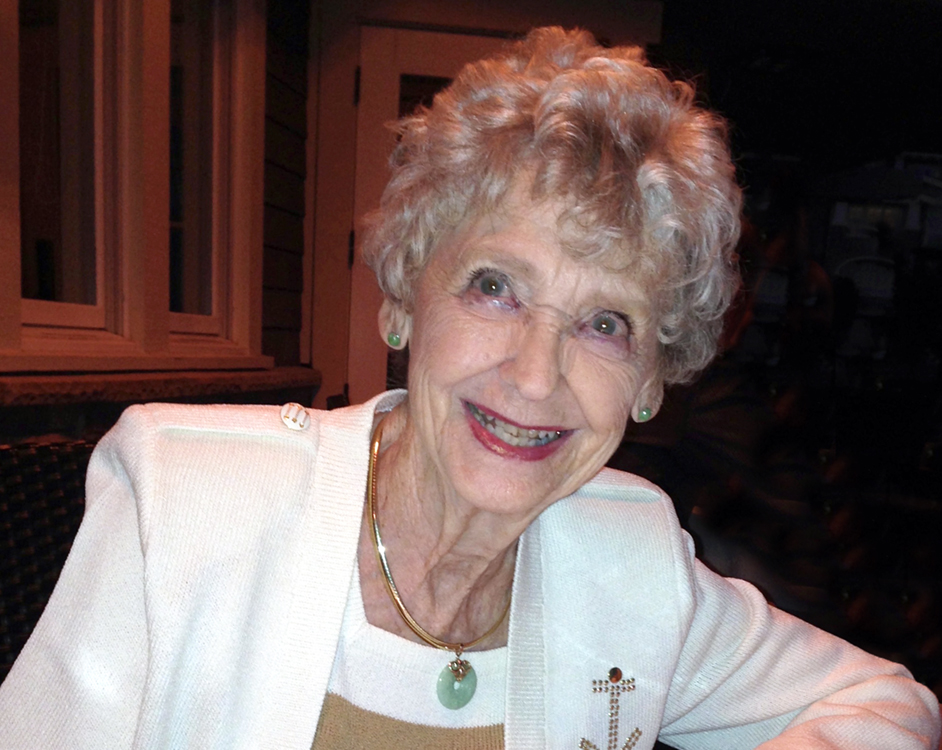 It is with a very heavy heart that we announce the peaceful transition at her home of Dorothy Adams Heacock. She was born in Dallas, Texas on June 26th, 1919, the only child of Bryan and Lura Adams for whom the Bryan Adams High School in Dallas is named. She joined God’s Kingdom on Epiphany, January 6th, 2019.

Dorothy grew up in Dallas and her early life was focused on ballet. She was a Prima Ballerina and performed and traveled with our national ballet theatre company. She moved to California after marriage and devoted her life to Volunteer Service. Her Leadership roles are too numerous to mention but she always made a positive difference in every community where she made her home.

Dorothy was an enthusiastic knitter. She always had needles and yarn in her beautiful hands whenever you could catch her sitting down. She taught many friends how to knit and made items from dresses to pot holders. She was an avid bridge player and will always be remembered for her incredible mind and attention to detail. A part of her life included golf and she was active at El Niguel Country Club in Laguna Niguel, California.

She returned to the world of dance as a tap dancer at age 50. She formed the Young at Heart Dancers with other over 50 year old women and they performed professionally all over California and spent a month in China representing the State Department.

Dorothy was God-centered and believed in the Golden Rule which she used as an example throughout her life.

She is survived by her daughter, Sherri Porter (Mac) Geschwind, her Granddaughters, Traci Hapke and Tiffani Trevethan (Kelly), her Great Grandchildren, Colby Moore (Courtney), Kelsey Trevethan, Brogan Trevethan and Tristan Trevethan, and her Great Great Grandson, Isaiah Moore. She is also survived by Step Children, Mary Thomas and Jack Heacock (Lynne) and their children and grandchildren. She touched the lives of countless friends, caregivers, nurses and doctors and will be sorely missed by everyone with whom she spent time. She was proceeded by the death of her spouse, Lowell Heacock in 2001.

There will be Celebration of Life at The Covington in Aliso Viejo where she resided for the past eleven years on February 9th at 2:00pm. She will be laid to rest beside her parents in Dallas, Texas. In lieu of flowers, please support the charity of your choice in her name.

“The Lord is my Shepherd, I shall not want…”