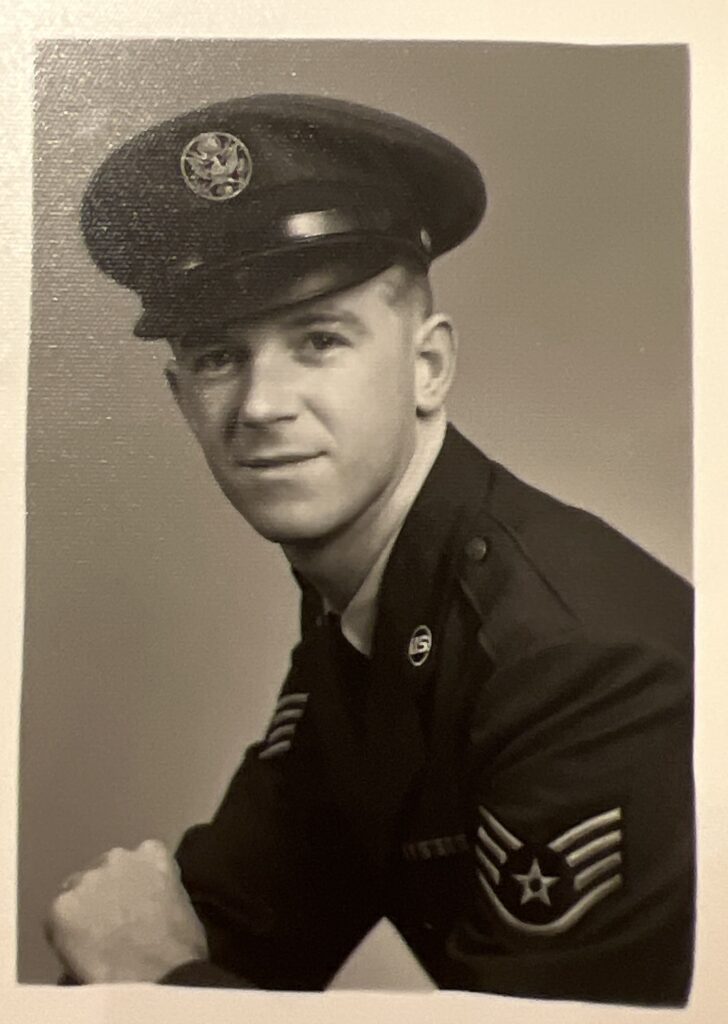 On Wednesday, November 23, 2022 Donald Nacey, loving husband, father, and grandfather passed away at the age of 83 after a long battle with Alzheimer’s.

Don was born in Minnesota and lived there until high school when he moved to Reseda, CA with his family.  Upon graduating, he served in the US Air Force and loved his time and friends he made while there.  After leaving the service, Donald took a job with McDonnell Douglas Aircraft that took him to Iran.  This is where he met his wife Mary.  They both returned to California for a brief time before they moved to Missouri.  This was truly his home and he loved it there with his whole heart. He was able to fish, listen to thunderstorms, grow large gardens, and have fun barbecuing. In 1980, Donald was transferred back to California and took up his final residence in Laguna Niguel where he lived for 42 years.

Don’s greatest joy was his family.  He loved his daughter and son with his whole heart.  It was always an adventure when they were with him.  Whether it was helping him to build the rooms in the basement of their home in Missouri, going fishing, planting in the garden, driving down the wee-wee road to get home the long way, playing guitar, and just sitting to chat about life was something he loved to do. His infectious laugh and smile always put their friends and family at ease when they came over. His true love of all things was his wife Mary.  When he first met her, he told his friend that she was the woman he would marry someday. They loved each other wholeheartedly and did everything for each other.  You could see it in their eyes when they looked at each other.  The two shared a love of music, family time, and taking trips together as a family.  Don and Mary both loved to be surrounded by the people they loved and their friends.

His greatest joy was his grandson Joseph.  The two of them were two peas in a pod and were connected at the hip while Joseph was young.  They did everything together and there was never a dull moment.  Don shared his loved of gardening with Joseph.  They built a garden full of vegetables and tended to it everyday.  Grandpa shared his love of music with him and we would often catch them listening and singing together. Grandpa was so proud of the man Joseph had become and loved all the stories shared with him.

Donald Nacey was preceded in death by his father, Raymond, his mother, Loretta, and his son Ramie.  He is survived by his wife Mary, his two children Eve and Steve, their spouses Albert and Brenda, and his grandson Joseph.