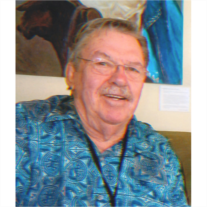 He served in the U.S. Army during the Korean conflict. He retired from the Southern California Gas Company after 34 years of service.

Services will be Saturday, February 13 – 4:00pm at O’Connor Mortuary in Laguna Hills.