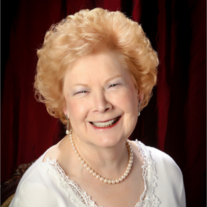 Dolores M. (Born) Smith of Rancho Santa Margarita, CA left us on June 1, 2016 after 85 wonderful years. As one of 12 children, she is survived by her Sisters Audrey (Born) McGinley, Carol (Born) Cretin and Delma (Born) Corbin and brothers George Born and Herman Born. In addition she is survived by her 6 children and 14 grandchildren and numerous nieces and nephews. Children and spouses include Jeffry Smith and Deborah (Saunders) Smith; Lois Smith and Ronald Peralez; Stephen Smith and Amy (Opperman) Smith; Linda (Smith) Belhumeur and Kenneth Belhumeur; Eric Smith;  Ryan Smith and Joy (Roth) Smith.  Grandchildren include Frances Smith, Lauren Smith, Cloe Peralez, Marissa Peralez, Brendan Peralez, Madelynne Smith, Kayci Smith, Grahm Smith, Shane Belhumeur, Sheldon Belhumeur, Logan Belhumeur, Makenna Smith, Andrew Smith and Mali Smith. As a homemaker, she provided a lifetime of loving and giving to all her family and friends, she accumulated so much grace, and was beloved by all who knew her. Her travels included Europe, the British Isles, Africa, the Middle East and Southeast Asia. She enjoyed many travels with family and friends. Her leadership, and optimism provided generations with a positive outlook and an enjoyment and zest for life. She was blessed and will be deeply missed.