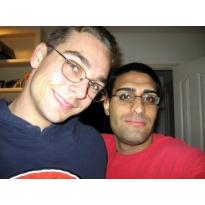 Derek was raised in Irvine, CA. He graduated from Irvine high school in June 2001 and attended college at Orange Coast Community College.

Derek enjoyed working with the public and was an avid sports fan.

Derek is preceded in death by his grandmother, Juanita Shane and his uncle, Richard Shane.

Visitation was held on Wednesday, October 11th, 2006 from 7-9pm at O’Connor Mortuary in Laguna Hills, CA.

In lieu of flowers, the family encourage you to send a donation on behalf of ?Caitlyn Vivian Fund? at chuck@oconnormortuary.com