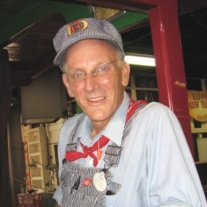 Dennis Patrick Flanagan of Rancho Santa Margarita passed away March 30, 2013. Dennis was born on May 18, 1947 in San Francisco, CA a fourth generation San Franciscan to Jack Code Flanagan and Clara Ehrman Flanagan. Dennis is survived by his brother Tim Flanagan of Rancho Santa Margarita and his daughter Jade Flanagan who is currently serving in the United States Navy aboard the guided missile cruiser the USS Monterey. Dennis was preceded in death by his parents Jack and Clara Flanagan and by his sister Joanne Marie Flanagan.

Dennis graduated from St. Mary’s College in Moraga and received his JD from the University of Notre Dame Law School in South Bend, IN. After a successful law practice in Boston MA, and Santa Barbara, CA, Dennis entered “retirement” in his dream job operating the steam engine at the Disneyland.

But Dennis devoted the last decade plus years of his life raising his adopted niece, Jade Flanagan, after the death of his sister in 2002. Jade was the focus of Dennis’s life and he was very proud of her decision to serve in the United States Navy. Dennis was a loving father, brother, and son, a wonderful friend to many, and a source of wit, wisdom, and amusement to all.

Dennis will be missed – but not forgotten.

Visitation will be on Wednesday, April 3 at 6:00pm with the Rosary at 7:30pm at O’Connor Mortuary, Laguna Hills. Funeral Mass will be at 9:00am on Thursday, April 4 at St. Kilian Catholic Church, Mission Viejo.