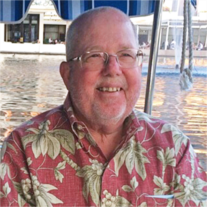 Dennis Earle Hoselton, 72, of Lake Forest, California passed away at his home on December 21, 2017. The second of three sons, Dennis was born on April 23, 1945 in Richmond, California to Lyle ‘Zeke’ and Helen (Odem) Hoselton where they lived before moving to Sioux City, Iowa in 1946 and returning to Concord, California in 1952 where he spent the rest of his young life. He graduated from Mt. Diablo High School after performing trumpet with their marching band. Dennis joined the US Army in 1965, proudly serving his country for 3 years.

Dennis married Patrice (Smaker) when he was 21. They lived in Fort Meade, Maryland during his service, then returned to Contra Costa County where they had five children, Denise, Robert, Adam, Cynthia and Rebecca. The family moved to Fountain Valley, California in 1981. Dennis and Patrice later divorced in 1995. Dennis married his wife Sherry (Elliott) in 2002 near Lake Forest where they lived and his family grew with the addition of Sherry’s two children Sheray and Tiffiny.

Professionally, Dennis worked as a manager in the refridgerated container freight industry at Sea-Land (CSX) and later retired from Heitz Trucking. Dennis was an involved father, coaching his kids sports and leading their Boy Scout troops and continued that tradition, performing in dance recitals and practicing golf with his grandchildren.

Dennis is survived by his wife Sherry, his brother Thomas Hoselton, his children Denise Hoselton, Robert Hoselton, Adam Hoselton, Cynthia (Jamie) Powers, Rebecca (Brian) Martin, his step-children Sheray (Richard) McKeown, Tiffiny (Duayne) Webster, thirteen grandchildren and countless loved ones. He was predeceased by his brother Robert, father Zeke, mother Helen, and ex-wife Patrice Roll. His easy going spirit and ever pleasant demeanor will be sorely missed by us all.

In lieu of flowers, donations may be made to
Geneva Children’s Center
24301 El Toro Road
Laguna Woods, CA 92637