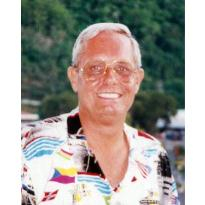 Dennis B. Moore passed away on July 25, 2010 at his residence in Newport Beach at the age of 68. He had been a resident of Newport Beach and the coastal area since the mid-60s, and was a former co-owner and mgr. of the popular Costa Mesa eatery, Mi Casa Restaurant.

Dennis was born in the city of Pasadena, CA to Mr. Douglas Barrie Moore, founder of Mi Casa Restaurant, and Mrs. Joan Bond Moore, and attended Wilson Grammar School in Pasadena, graduating from San Gabriel High School, class of 1960. He completed his university studies in Texas at the University of Houston in 1966 and was a member of Sigma Chi Fraternity. He is survived by his brother, Rick Lee of Irvine; nephews, Ryan of Irvine, Andy Lisa of Las Vegas NV; and Mario, his partner of 25 years.