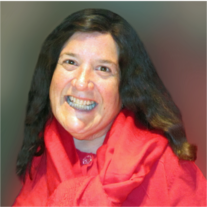 Deborah ‘Debbie’ Wescoat-Wells died peacefully in her home on September 17, 2017 in Laguna Woods, California at the age of 59.

Debbie is survived by her husband, David; her step daughter Melissa; grand children Julianna, Madisyn and Jackson; and her sister Roseann and niece Linda.

Debbie was born on October 1, 1957 in New Jersey to Rosemary Martignetti, and Raymond Wescoat. She graduated from Ramapo College of New Jersey located in Mahwah, New Jersey with a degree in Psychology. She married David Wells, a software consultant, in 1979. Shortly after their marriage the couple moved to Pompton Lakes, New Jersey, where Debbie began working for Computer Visions as a word processing instructor and secretary.

Debbie earned her Actors Equity Card after completing an apprentice ship at The American Stage Company under the leadership of Tony Nominated Actor Paul Sorvino. While at The American Stage Company Deb was trained in all aspects of theater from props to performance in productions of ‘Two For The SeeSaw’, ‘The Rainmaker’, ‘The Diary of Anne Frank’, Possessed The Dracula Musical’ and understudying the role of Bea in the world premiere of Jerry Sterner’s ‘Other Peoples Money.

Ten years later she and David moved to Southern California, where she began her career as an instructor and personal trainer at Los Cab Sports Village located in Fountain Valley. This became her life passion and a career lasting more than 15 years. As an instructor of Aquatic Therapy Debbie expanded her own knowledge and expertise by attaining various certifications from the Aquatic Exercise Association and Aquatic Therapy and Rehab Institute. Through these certification programs Debbie was able to introduce to Los Cab Sports Village staff and members, national aquatic classes such as Poolates and Tai Chi. She introduced Balance By Design and Waterworks; innovative programs to assist members in maintaining proper balance and minimizing the chances of falls and injuries. Debbie also had her own private practice working with the elderly using aquatic therapy for arthritic pain, rehabilitation and general wellness.

One of Debbie’s passions outside of her career was traveling. In addition to domestic travel they ventured to Western Europe several times. You could say Debbie and David travelled on their stomachs as well as their taste buds. They would spend hours combing the villages they ventured through looking for local hidden gems. Their favorite mentor was Rick Steves and they incorporated many of his travel philosophies during their adventures. For instance on one of their trips to Sorrento, Italy they returned to one of their favorite restaurants. They were pleasantly surprised to again see Venchenzo, the mandolin player. Debbie joined Venchenzo together singing several songs to the delight of the other guests. Debbie grew to love Western Europe and visited locations in Italy, Sicily, Spain, Portugal, France, Ireland, Germany, Austria, and Morocco during her lifetime. Her personal travel journals detailed each day of their travels together.

Throughout her life she enjoyed playing the piano, singing, camping, wine tasting, cooking and entertaining others with delightful humor and candid remarks.

Debbie’s tremendous compassion for others was felt by the many loved ones and friends who had the honor of knowing her. She was an inspiration to all. Her legacy lives on as we remember her truly remarkable life.

Two Memorials are scheduled. The first is at Los Cab Sports Village in Fountain Valley, California on Wednesday, September 27, 2017 at 11:30AM on the pool desk. The second Memorial will be at Sue Rees residence on October 8, 2017 beginning at 1:00PM. The address is 3064 Van Buren St., Costa Mesa, California. The Memorial at Sue Rees residence will be a potluck and casual fun as Debbie would have insisted. All are welcome to attend and celebrate Debbie’s life. Those wishing to attend please contact Sue Rees at 714-673-3700. In lieu of flowers we ask that you donate to Hoag Hospital Heart Unit, Newport Beach, California.