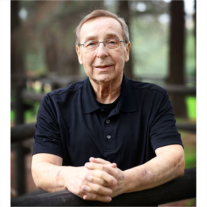 On September 16, 2016 after a second short battle with cancer David Steven Banasiak of Irvine, California, entered into eternal rest. He was surrounded by his loving family and passed away in peace knowing that his family was by his side. David was a devoted husband, father, brother, uncle, and grandfather to his family.

The oldest of three children he was born in Toledo, Ohio on May 23, 1940 and was the son of the late Chester and Isabel Garwacki Banasiak. He was 76. He is survived by his high school sweetheart and wife of nearly 55 years Barbara Kunkle Banasiak; sons Michael Banasiak of Irvine, California, Mark Banasiak and his wife Debbi of Temecula, California, Michelle Morgiewicz and her husband Joseph of Pine Island, New York, and Matthew Banasiak and his wife Natalie of Irvine, California. He also leaves behind grandchildren Joseph and Garek Morgiewicz, Luke and Wyatt Banasiak, Michael Banasiak, Shaunna Groves, Ashley Aceto, and great-grandchildren Kiara, Rainy, Bradley, Luca, and Josephine. David is also survived by his sister Carol Banasiak Keegan of Denver, Colorado and Thomas Banasiak and his wife Sandra of Canton, Georgia and many nieces and nephews. He is pre-deceased by grandchildren Justin Michael ‘Boots’ Banasiak and Claudia Banasiak.

David was a true patriot joining the Army after his graduation from high school in 1958. His tour of duty included North Carolina and Munich, Germany. Upon his discharge in 1961 he returned home to Toledo to marry his love, Barbara, and they began raising their family. He was an avid fisherman as proven by his many excursions to Lake Powell, Lake Mead and the Great Lakes almost always with his family happily in tow. Next to his family, his greatest love was for his Polish ancestry and Polka music in particular. He was a truly talented musician, playing Polka music and forming bands before graduating high school. He and his band, the Polka Knights, were the first local band to travel outside of Toledo to Nashville, to record an album. After his employment brought him to California he formed the California Connection releasing three albums. He always spoke very fondly of the memories and the friendships he had made in his lifetime. Much of his lifetime was spent in the warehousing and logistics industry before finally retiring from Terry Bowman Group in 2006. He was a businessman, an entrepreneur, a storyteller, and a provider. He is loved and will be greatly missed.