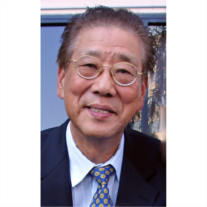 David Shau Ming Li passed away Saturday, December 2, 2017, in his home in Laguna Woods after a 1.5-year battle with pancreatic cancer. He was a fun-loving father, grandfather and avid table tennis player.

David was born on August 1, 1941, in Hong Kong. He immigrated to the United States in 1974, where he spent the next 28 years working and raising a family in Tulsa, Oklahoma. He graduated with a Master’s degree in Public Administration from the University of Oklahoma and worked as a budget analyst for the City of Tulsa. He retired in 2003 and moved to southern California, where he lived in Simi Valley for 12 years and in Laguna Woods for 2 years.

David was first and foremost a lover of life. He could often be found socializing at the Golden Palace in Tulsa and later at the clubhouse in Laguna Woods. He was a master joke-teller and reveled in American pop culture. David was always the best-dressed in any room and admired for his dance moves. He will be remembered for his ability to make people laugh with his quirky, fun-loving nature.

David is survived by his wife of 51 years, Fanny Li, his son and daughter-in-law, Dr. Joseph Li and Kelly Taylor-Li, his daughter and son-in-law, Dr. Josephine Li-McLeod and Bruce McLeod, and his grandchildren Grace and Hope Li and Cameron and Abby McLeod.

Memorial services will be held at 10:30am on Friday, December 29th, at Chinese Baptist Church of Central Orange County, Irvine, CA. In lieu of flowers memorial donations may be made in David’s memory to the Neuroendocrine Tumor Research Foundation: https://netrf.org/donate/secure-donation-platform/