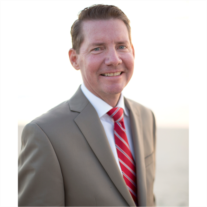 Lieutenant Colonel David C. Weir, USMC, Ret., 53, of Ladera Ranch, passed away peacefully on May 1, 2017. Those who knew and loved David will forever remember him as a man who shared unyielding kindness, unconditional generosity, wisdom, and humor with those around him; his infectious personality and jovial demeanor truly made this world a brighter place.

David showed exemplary character and drive from a young age. A graduate of Archmere Academy in Delaware, he was selected three times as All-State/All Catholic in soccer. These achievements, paired with his lifelong dream of being a pilot, led David to the United States Naval Academy. There, he made his mark as an All-American soccer athlete, and he lettered in Varsity soccer all four years before his graduation in 1986.

Following graduation, LtCol Weir began his career as a distinguished officer in the United States Marine Corps. He was designated an Aviator in 1988. Upon completion of transition training on the CH-46 Assault Helicopter, he joined HMM-268 “Red Dragons.” During his 6-year tour he was deployed twice; first to Desert Shield/Desert Storm and again to Somalia in Operation Restore Hope.

LtCol Weir then served as the “aide de camp” to the Commanding General of the Marine Aircraft Wing. Upon completion of his aide tour, he was selected as an exchange officer to Her Majesty’s Royal Commando Squadrons, during which he deployed to Bosnia commanding 845 squadron in support of peacekeeping efforts. He left the active service in 1999 and served in the Marine Reserves for nine years. In 2007-2008 he became an active reservist and was deployed to Afghanistan.

By the end of his career, LtCol Weir was a graduate of the Weapons Tactics Instructor School and held every flight leadership/instructor qualification available to a Marine helicopter pilot. He was awarded 14 Air Medals from three separate war zones, the Meritorious Service Medal with gold star, and the Navy Marine Corps Medal with three gold stars. He was a decorated war veteran with medals from three different war zones.

In addition to his Marine Corps career, LtCol Weir served in several sales executive positions with Sprint Corporation in their Strategic Marketing segment. Recently, he was the Air Encroachment and Sustainment Manager MCIWEST-MCB Camp Pendleton.

Not only was LtCol Weir an outstanding Marine, but he was also a loving husband, stepfather, son, brother, uncle and friend. Recently married, he was most proud of his transition of becoming a family man. David was a AYSO coach for his younger step daughter’s soccer team, and he was a constant source of encouragement to his older stepdaughter who is currently attending West Point.

David loved traveling, cooking, and spending quality time with friends and family members. In his lifetime he traveled to nearly three dozen countries and was always ready to share stories about his adventures. He was also a member of the Portola Riders Club for many years, a group in the San Juan Capistrano area that raises funds to preserve historic landmarks. He loved adventure, and he continually sought out ways to live his life fully and vibrantly.

The family wishes to thank the doctors and nurses of Mission Hospital in Mission Viejo. In lieu of flowers, his wife requests donations to https://semperfifund.org/.