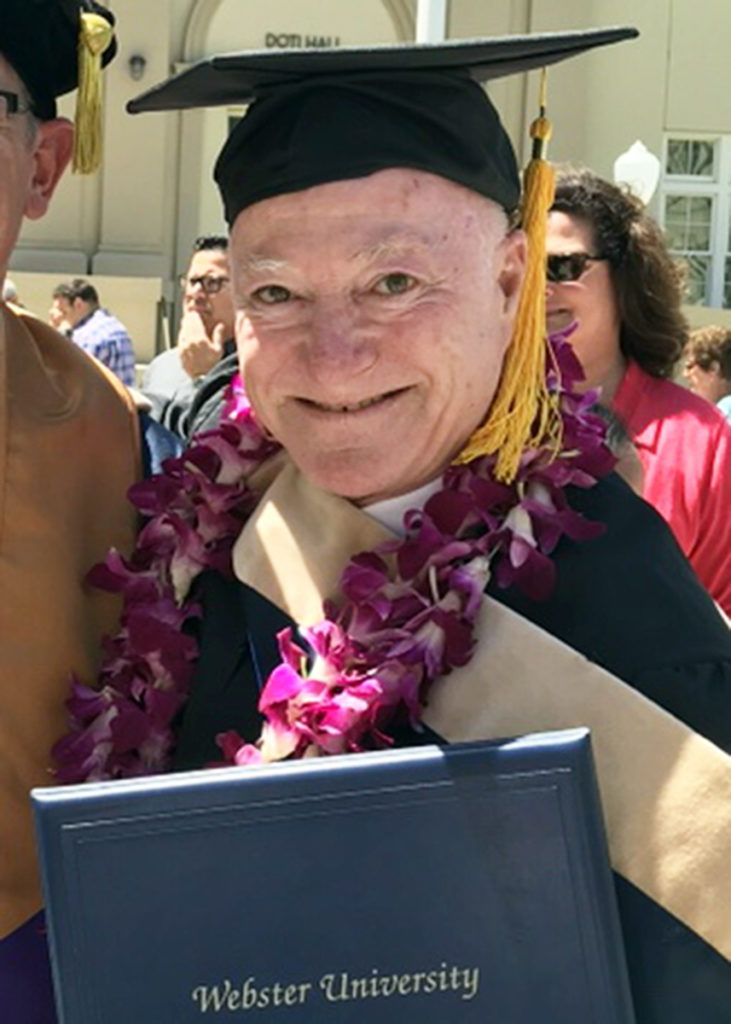 Danny Joe Floyd died on October 7, 2020 at Hoag Hospital in Newport Beach after battling gastric cancer. Born in Van Nuys, California on December 19, 1957, Danny was the son ofGerald Lee Floyd and Wanda Sue Floyd. As a boy, Danny had a great sense of adventure, and with his father’s influence, learned to love the great outdoors. He enjoyed participating in Cub Scout activities, and attained the level of Life Scout in the Boy Scouts organization. His father was a fighter pilot in the Air Force and as a result, his family experienced living in severaldifferent states as they moved from one military base to another. ln Georgia, he gained a southern drawl and love of seafood, learned to surf in Florida, and loved to ride Honda mini-motorbikes through the Arizona desert. Danny graduated Westwood High School in Mesa, Arizona, and subsequently received his Associate of Arts Degree in Airframe and Powerplant Mechanics from Cochise College near Tucson, Arizona. He worked for a time as an airplane mechanic, and then relocated to Huntington Beach, California where his father retired and his family had settled. Throughout his life, Danny enjoyed hunting and fishing with his friends and family, and was always eager to join his father for target practice or skeet shooting at the local range. He was a certified scuba diver and licensed pilot, often flying around southern California with his father just for fun, or to visit a local air show. Many weekends, Danny, his dad, and anyone willing to act as crew, would sail to Catalina aboard the family’s boat to enjoy the island. While working as a technician for Parker Hannifin for approximately 30 years, he attended night school and graduated in 2018 from Webster University with a Bachelor’s Degree in Business Management, something of which he was particularly proud. After 35 years of living on a ranch in Corona, California, he left the solitude of the open space and moved to Lake Forest. He was enjoying his new home, being close to his friends, family and work, and was making plans for his retirement when he fell ill. His kindness and generous spirit will be missed by all who knew him.

Danny is survived by his mother, Wanda Sue Floyd, his sister, Dr. Lori Floyd, and her husband, Dr. David Sendrowski, all of whom reside in Coto de Caza, California.

A memorial service was held on October 25, 2020 at 2:00pm where friends and family gathered in a tribute to his life. The family is grateful for the dedicated and compassionate care and support provided by the doctors, nurses, and staff at Hoag Medical Center, lrvine and Hoag Hospital, Newport Beach in the last few months of Danny’s life. Cremation services were entrusted to the care of O’Connor Mortuary, 25301 Alicia Parkway, Laguna Hills, California. Online condolences may be placed at www.oconnormortuary.com.