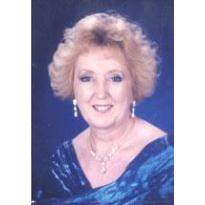 Hannigan, Christina died of cancer surrounded by family members and close friends in her Dana Point home on Monday, August 8th. She was 65 years old.

She is survived by her four sisters; Rita Coyle, Kathleen Cohen, Nora Davern and Susan Trudgell, all of which reside in England, as well as brothers-in-laws, Jimmy, Sam and Adrian; numerous nieces, nephews and cousins. She is preceded in death by her two sisters, Mary and June, both from England.

A Special Viewing is to be held on Friday the evening, August 11th, 2006 from 7-9 P.M..at O’Connor Laguna Hills Mortuary, Laguna Hills, CA.

A Funeral Mass will be held on Saturday, August 12th at 1:00 P.M. at St. Edward’s Catholic Church, Dana Point, CA