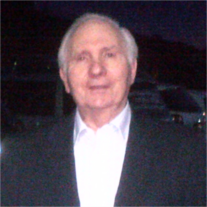 Chris Arthur Kassimis of Laguna Hills, CA left us on June 4, 2016 after 75 wonderful years. He is survived by his loving wife, Kathy Kassimis; his daughter, Pamela Murphy and her husband Joseph Murphy; his son, Peter Kassimis and his wife Kim Kassimis; his stepson Shane Morris and his wife Tammy Morris, and stepson Jared Morris and his wife Stephanie Morris. In addition he is survived by eight grandchildren including Alexis Morris, Katelyn Murphy, Kaylee Morris, Zachary Morris, Alexa Kassimis, Skye Morris, Joseph Murphy, and Luke Kassimis. He was preceded in death by his parents Gloria Pangle Kassimis and Arthur S. Kassimis.

Chris was one of the most caring, giving, loving men and was greatly cherished by all his family and friends. Chris was known as a noble man and led his entire life with pride and dignity. He was born in Brooklyn, NY July 28, 1940. Following high school in 1962, Chris enlisted in the United States Army, and retired as Major in 1968. During that time he served two terms in Vietnam. Following his service, Chris started a successful business based out of Laguna Hills, CA in the steel industry and through his 30 years in the business Chris built many strong partnerships and friendships and earned the reputation as the go to person for anyone wanting to break into the business because of all of his knowledge and network. Chris loved his work and one of his greatest desires was to work all the way to the end. Unfortunately in the last few years he was forced to retire due to health reasons. Besides being a successful business man, Chris was known as the best host ever! You didn’t have to be in a room long without Chris offering you a drink. Chris will be deeply missed.

25 responses to Chris A. Kassimis