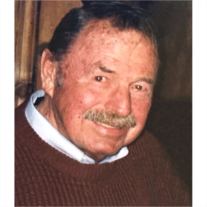 Charles E. Byron (‘Chuck’), a local resident for more than 60 years, passed away on Tuesday, July 5th, 2016 at his Laguna Beach home. While Albert Finney starred in the charming 2003 film ‘Big Fish,’ Chuck was the actual consummate storyteller of our lives. From his tales of his pet bear in the Air Force, to the stories of hitching rides across country in Air Force transport planes, to learning of his POW escape in Korea, we always were amazed and sometimes skeptical of his wild adventures. The last six months were punctuated by moments of great joy ~ in February when he celebrated his 86th birthday and requested lemon cake and in June when an old friend visited and entertained him with stories of his trips to Santa Fe, NM.

He is survived by his wife Marilyn Byron, daughter Brandy Byron, daughter Kerry Byron Inaganti and son-in-law Gautam Inaganti, and granddaughter Anissa. There will be a celebration of his life at a later date.