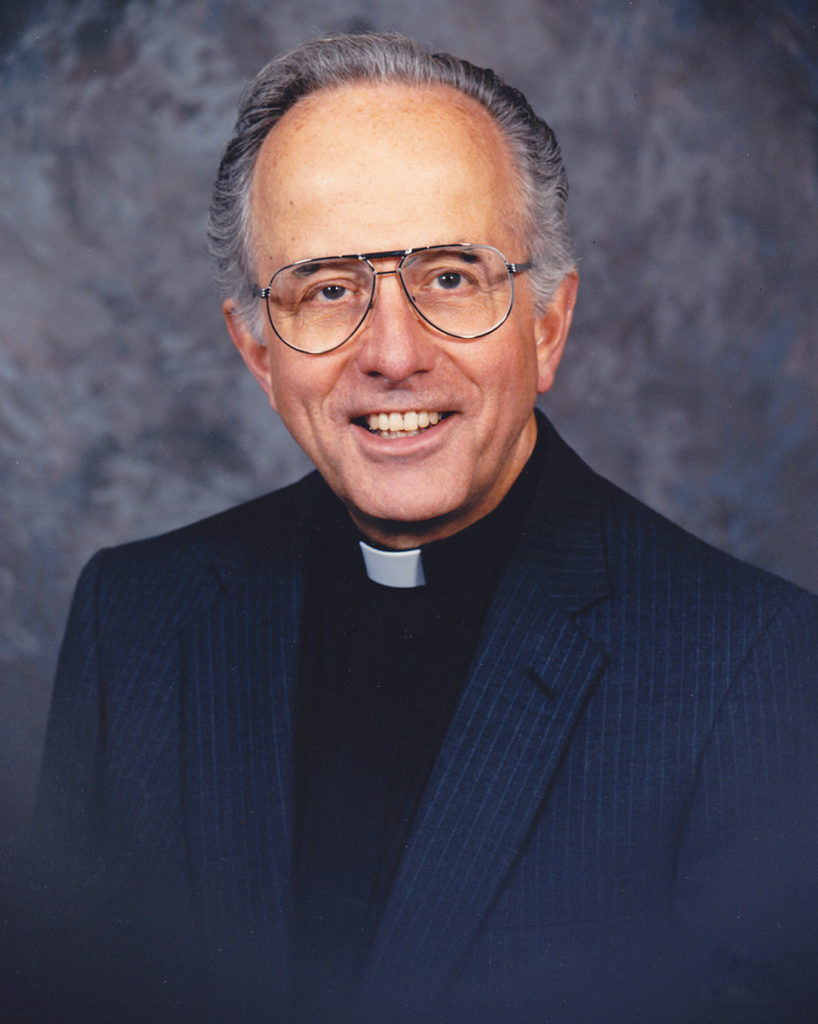 Charles Arthur Endter was born in Springfield, Ohio, the second son of Arthur and Marguerite (Altvater) Endter. He attended primary and secondary schools in Springfield before entering Wittenberg University in 1941. He served in the U.S. Navy as a commissioned officer on the USS Chicago.

Charles earned an undergraduate degree from Wittenberg University and completed a Master of Arts degree in speech and theater at Ohio State University. He earned his Master of Divinity degree at Hamma Theological Seminary. While in seminary, Charles met Helen Snyder whom he married in 1952.

His lifelong interests included a passion for speech and drama, a fondness for travel and gardening, and a love of celebrating special occasions with family and friends.

Charles was preceded in death by his parents, brother, Don, and sister-in-law, Margaret. He is survived by his beloved wife, Helen, and four children: Jennifer (Jeff) Morgan of Ryde, United Kingdom; Joanna (Glen) Wada of Logan, Utah; Jonathan (Cheryl) Endter of Colleyville, Texas; and Janice (Lewis) Latimer of Palos Verdes Estates, California. He is also survived by ten grandchildren and four great-grandchildren, along with nephews and nieces.

A service celebrating his life and ministry will be held at 10:30 am on Saturday, April 27, 2019 at Mount of Olives Lutheran Church, 24772 Chrisanta Drive, Mission Viejo. Donations in his memory may be made to Lutheran World Relief or to The Mount of Olives Foundation Trust.