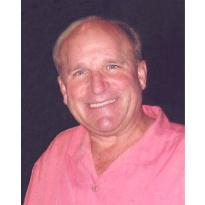 Chandler Stuart Moisen, 54, was born October 18, 1955 in New Hampshire and passed away at his home in Newport Beach, CA. Stuart is survived by his sons, Chandler and Matthew; parents, Chandler and Dolores; brother Stephen Gretchen; sisters, Virginia John d’Arbeloff and Margaret Michael Hughes; nephews, Benjamin and Samuel, and nieces, Kaleigh, Margaux and Abigayle. A Mass of Christian Burial will be Tuesday, October 5, 2010 at 10:00am at St. John Vianney Catholic Church on Balboa Island.

Stuart spent his youth in Barrington, Rhode Island, where he loved the ocean, hockey and especially golf. A most favored caddy at the Rhode Island Country Club, he was also a member of their State Championship Caddy Team.

After graduating from Babson College, he began his career at Peat, Marwick and Mitchell. Later joining management at the Vail Corporation in Vail, Colorado, his favorite accomplishment was being part of the team that developed Beaver Creek Ski Resort.

Moving to New York City, and later Denver and California, he was independently involved in Municipal Bond financing and Tax Advisory.

A loving family member, a supportive and giving friend, Stuart will be always in our hearts, sorely missed on powder days, and never forgotten. Donations in Stuart’s honor may be made to: NARSAD: The Brain and Behaviour Research Fund 516 829.0091 or www.narsad.org; SOS Outreach 970 926.9292 or www.SOSOutreach.org.