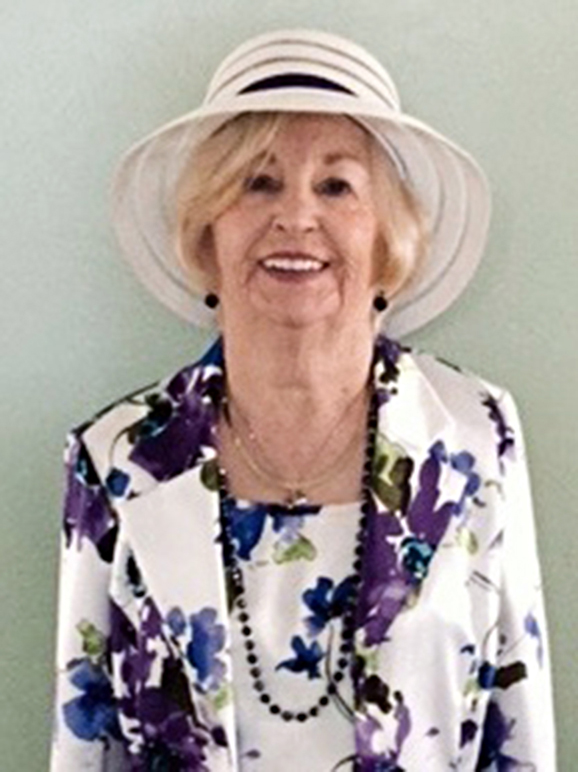 Catherine was born March 8th  1934 in London, England.  She was raised in a loving family by Tom and Mary Barnes, with two brothers Tommy and Dickie and her sister Mary.

Cathy and Jim were married in 1960, and swiftly moved to San Diego for Jim’s work.  There they welcomed their first daughter Lisa, followed by the second daughter Kristen born in Moline, Illinois.

The family travelled the world living in exciting countries like Ecuador, England and many states in the US. Cathy worked in a variety of companies as a loan officer, and received numerous accolades for her outstanding work.

Most recently Cathy and Jim divided their time living in California and Philadelphia, to be closer to their two daughters, granddaughter Imogen and son-in-law Michael.

Cathy was a tiny woman with a huge personality, and a wicked sense of humor and a raucous laugh. People often commented she never met a stranger, she had such a gift for developing rapport and making friends quickly.

Wherever in the world, Cathy always found her English clubs and had been a proud member of the DBE (Daughters of the British Empire) for over 25 years.

Cathy’s love of shopping was well known.  She loved clothes, colors and the excitement of putting outfits together for herself and friends.

She was a devoted cat lover, and volunteered at the cat sanctuary locally, and adopted many cats over the years.

Cathy will be missed, always remembered by those whose lives she touched.

In lieu of flowers, Cathy’s family would appreciate donations in her name, to your local no kill animal shelter.

Tentatively, services for Cathy may be held in late fall.