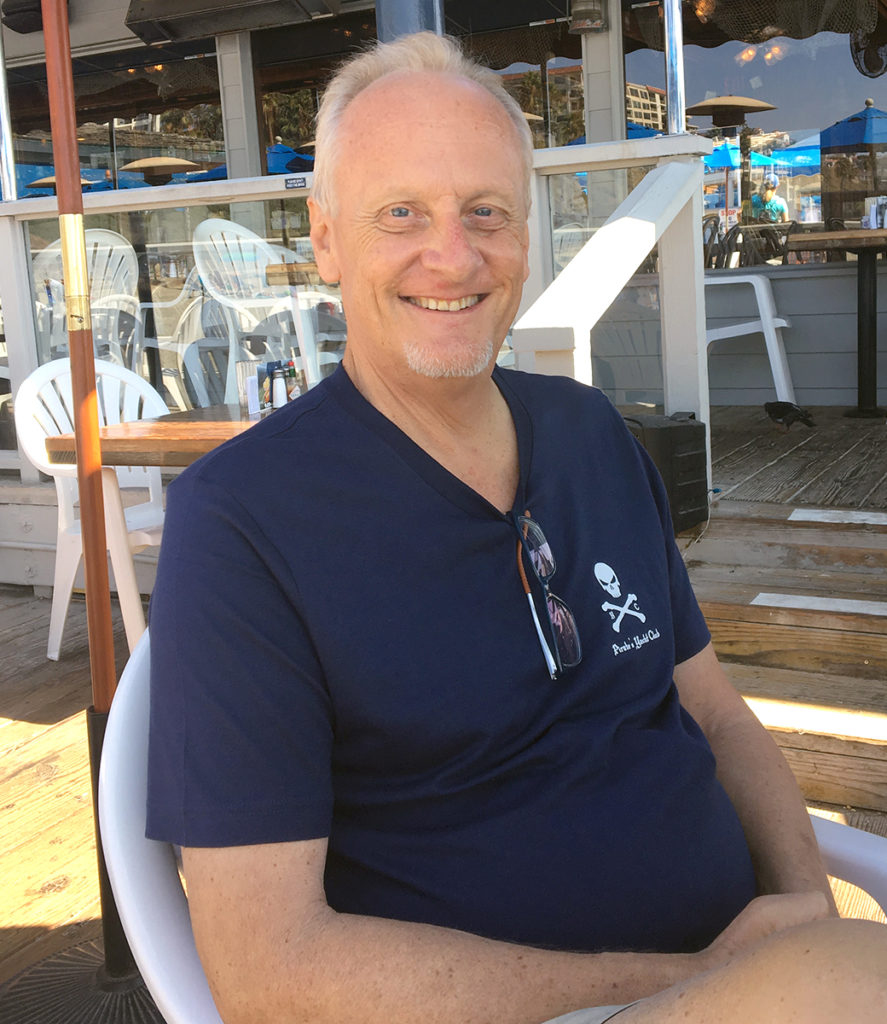 A lover of the water and music and a devoted husband, father, son and brother, Cary Benes died peacefully at his home in Laguna Niguel on March 25, 2018, surrounded by loved ones.

Born in Chicago, IL on August 12, 1953, to Paul and June Benes, Cary lived in Southern California since the age of five. He attended Cal Poly San Luis Obispo, earning a B.S. in Mechanical Engineering, and went on to work in the oil and aerospace industries. He spent more than 28 years as an executive at Parker Hannifin, a Fortune 250 company serving the industrial and aerospace arenas. He retired from the company in 2015.

Cary loved the water and took up sailing at a young age and continued to enjoy the ocean into his retirement. It should be no surprise that his work led him to Houma, Louisiana, which sits on the bayou, and it was there he met the love of his life, Merril, his wife of more than 35 years. Together, they moved back to Southern California where they raised their daughter Jessica.

He was an accomplished singer, leading his high school choir and college glee club. He also loved Disneyland and even worked a summer at the park.

“Big Dawg”, as he was called by friends, was well-known for his love of entertaining friends and family, hosting gatherings at his home, frequently surprising his friends with impromptu parties and his family with spur-of-the-moment trips to secret locations.

He is survived by his wife Merril Benes, his daughter Jessica Vlautin, his mother June Benes and his sister Betty Diepenbrock. A private celebration of his life is being held for friends and family on Saturday, March 31, 2018. In lieu of flowers, donations may be made to the Muscular Dystrophy Association: https://www.mda.org/.