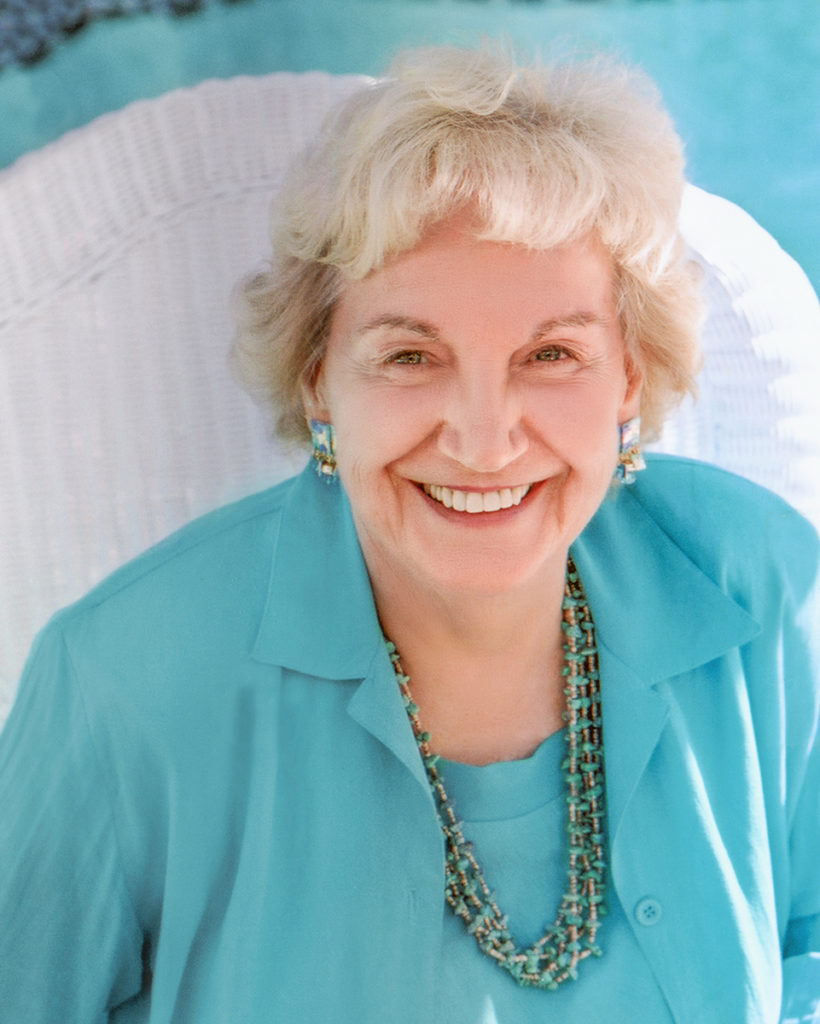 Caroline ‘Carol’ was born on October 29, 1923 in Youngstown, Ohio, and passed to the brilliant light of Heaven on the Morning of April 27, 2019. Her parents were Julia and Michael Harvischak who migrated from Czechoslovakia in the early 1900’s, changing their name to Harvey. She had three brothers, Steven, Harry and Thaddeus and two sisters, Helene and Marjorie. Julia moved her family to Santa Ana, CA when mom was 5 years old and made Orange County their home. Mom went to St. Joseph Catholic School along with her future husband, Jimmy Heim, and then graduated from Santa Ana High School. She began to work at the Santa Ana Air Base where she was a typist during World War II and met lots of servicemen and went dancing every weekend at the Mandalay Ballroom in Newport along with her friends.

Mom and dad met again and started dating while dad was in the Navy and they fell in love. They married after the end of the war in 1949 and had three children, Randy, Leslie and Geri. They moved to San Juan Capistrano in 1960 and made a wonderful family home for us kids. We lived out in the country and had horses and cows and hundreds of acres to roam free. Every summer mom had a huge organic garden so we feasted on fresh fruits and vegetables daily. Mom embraced her life in San Juan and enjoyed belonging to many organizations where she met lots of lifelong friends. She was the first Girl Scout Leader at Mission School and was also the President of the PTA while we were students there. We were members of the Mission parish and went to Sunday masses at the Serra Chapel. She joined the SJC Women’s Club, the Republican Women’s Club, the SJC Historical Society and the SJC Fiesta Association. In later years she got involved in local city government and became the SJC Planning Commissioner trying to maintain the small-town feel of our little city. She and her friends formed a Dance and Supper Club where they met at each other’s homes monthly to learn some new dance steps and share meals. When Jim retired he got into boating so they joined the Dana Point Yacht Club where they were members for many years.

Carol is survived by her husband of 70 years, Jimmy along with their three married children and their spouses, Randy and Sheryl Heim, Leslie & Chris Cory and Geri & Mike Hughes, along with 5 grandchildren and their spouses: Shannon & Mike Doyle, Kevin & Alisha Cory, Taylor, Deborah and Stuart Nealon and two great grandchildren, Jayden and Sawyer Doyle.

A funeral Mass will be celebrated on Monday, May 20, 2019 at 10AM at the San Juan Capistrano Mission Basilica.

Carol lived a very long and memorable life and she will be greatly missed by all her remaining friends and family. We are so very grateful for having her as our mom.