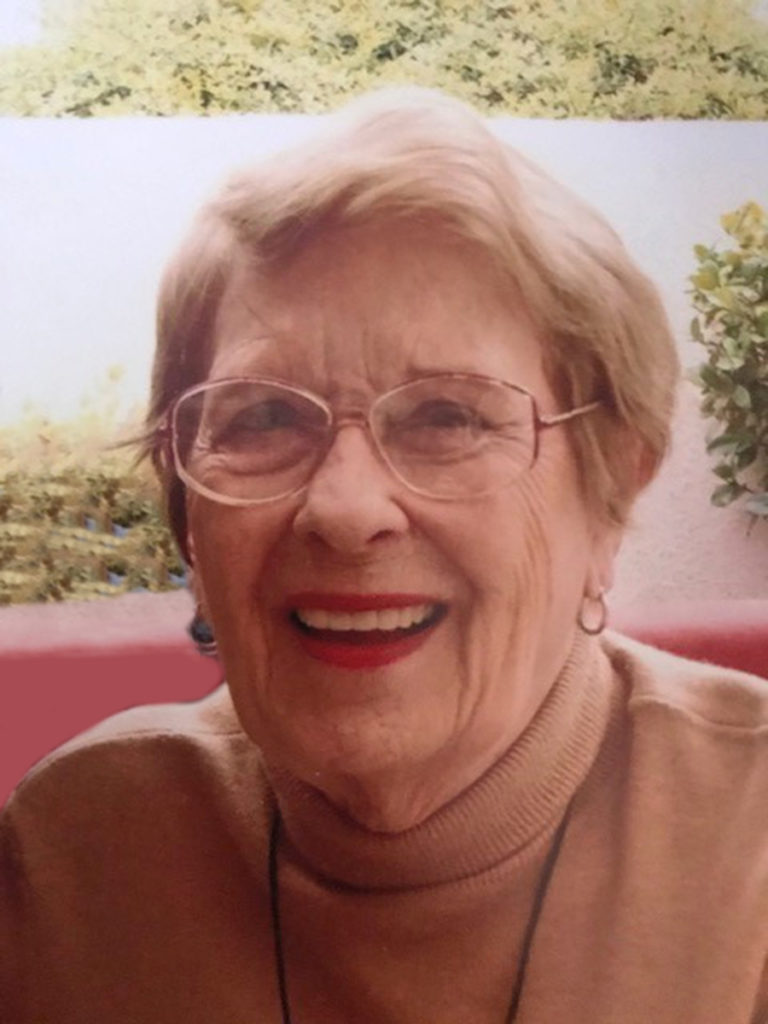 Carol Rodgers Marder passed peacefully into the arms of God on December 21, 2020. She was born December 30th, 1931 to Harry and Clara Rodgers. As a young child she lived for a few years with her mother and siblings, brother John Rodgers and sister Elisabeth Campbell in Germany surround by her extended German family. Back in the United States she lived many years in Staten Island, New York.  She even spent time modeling in New York City.

While attending college at Cortland College, she met John Marder Jr. and married in 1953.  In 1954 John Marder III was born followed by Cindy (Marder) Small in 1956.  After living in New York and New Jersey for years the family moved to California, first Marin in Northern California and then to Orange County in Southern California. She worked in early childhood education and raised her children. In the 1970s she faced one of the biggest challenges of her life.  She was diagnosed with an Arterial Venous Malformation and fought for her life through two brain surgeries.

In 1983 she moved to San Diego to help raise her first grandchild. This led to a small business of caring for children in her “playroom garage”.  Her own grandchildren Matthew Small, Kimberly Small Biasca, Samantha Marder Gladwell, Christopher Marder, Jeff Tyson, and Ryan Marder loved to visit Grandma and play in the playroom.

In 1997 she moved back to Orange County to live near both of her children and her grandchildren.  She was thrilled to welcome her great grandchildren Landon Small, Julian Small sons of Matt and Jeanette, Holden Marder son of Ryan, and six-month-old Emerson Biasca daughter of Kimberly and Matt.

Carol’s love of family and faith in God were the most important things in her life.  She loved to spend time with her family whether sitting and playing with a grandchild or shopping with her children or visiting family in Germany. Her well-worn roseries were a testament to the strong love of her Catholic faith and God.

A Mass will be held at St. John the Baptist Catholic Church in Costa Mesa on January 18th, 2021 and her ashes will be laid to rest the following day in the rose garden at El Toro Memorial Park.

She is survived by her sister Elisabeth Campbell, son and daughter-in-law John and Candy Marder, daughter Cindy Small, and the grandchildren and great grandchildren mentioned above.