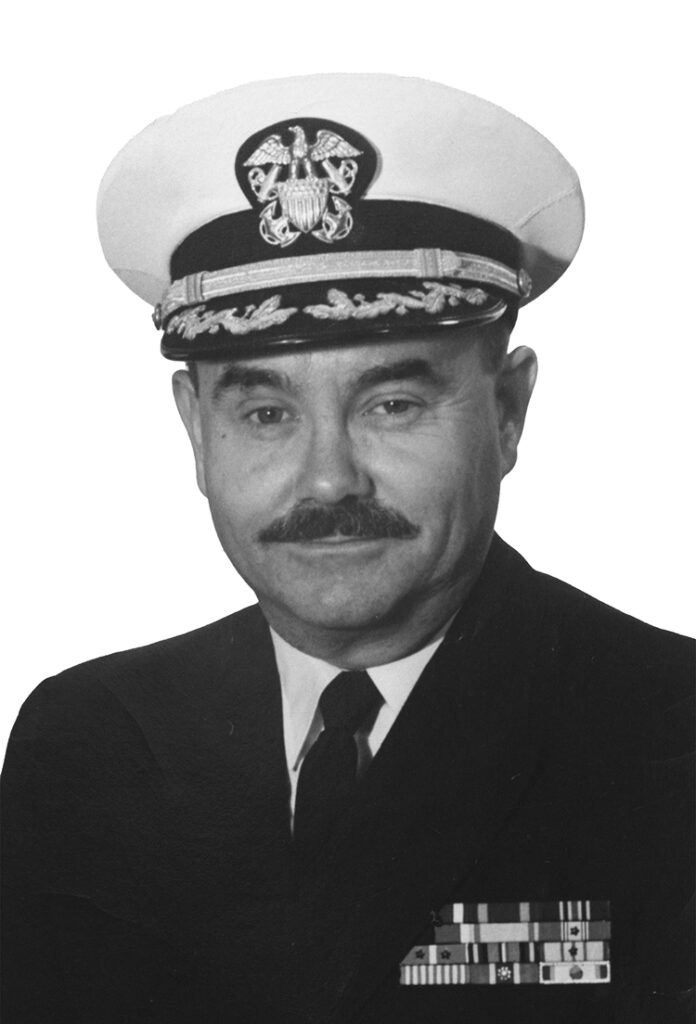 Bob was born in San Diego, CA in 1928 to Alton and Hazel Warren. He graduated from Occidental College in 1950 with a Bachelor’s Degree in Political Science.

In 1948, he joined the Naval Reserve and served on the Valley Forge. During the Korean Conflict, he served with COMCARDIV 17 on various CVE’s supporting the First Marine Division as a Communications and Cryptographic Officer. In 1952 he was released from active duty and commissioned a Probationary Ensign in the Chaplain Corps.

In 1956, Bob graduated from the San Francisco Theological Seminary in San Anselmo, CA. During his time at SFTS, he met and married Genece Oshanyk, his beloved wife of 66 years. They were married in San Anselmo. Following his graduation from Seminary, he was commissioned a Lieutenant Junior Grade in July 1956. He served in COMSERVPAC in Pearl Harbor where he was a Circuit Riding Chaplain. During the next two years, Bob rode on over 35 service ships.

His tours of duty included:

In 1971, Bob was recognized by the Armed Forces of the Philippines for his exceptional service and performance to the Republic of the Philippines while stationed at Subic Bay Naval Base. Chaplain Warren coordinated Operation Handclasp, which distributed aid to national Filipinos who had been stricken by multiple national disasters. Operation Handclasp provided food and blankets to the local Filipino community. He worked with the Boy Scouts of America and the Filipino Boy Scouts, who authorized a joint hike along the Bataan Death March which demonstrated the unity and heritage of both nations during the Second World War. Bob was awarded the Philippine Legion of Honor, Degree of Officer, for his sincere and deep concern for the Filipino people.

While serving his country was important to Chaplain Warren, his service and dedication the physical and spiritual well-being of the enlisted men who served with him at sea or onshore was his primary mission. The life of a young sailor can be lonely and difficult. Bob and his wife Genece welcomed many a sailor into their home for home cooked meals and times of fellowship. He saw the potential of each sailor and provided educational, vocational, spiritual guidance and encouragement. While serving on the USS Columbus, he would routinely dine in the Enlisted men’s mess, much to the surprise of the crew. It was here he met and changed many young men’s lives.

He returned to Camp Pendleton in the early 2000’s co-leading a Sunday Night service for the Marines attending the USMC School of Infantry (SOI). He continued to do what he loved to do; provide guidance, solace and encouragement to young men facing the perils of war, many of these men served in Afghanistan and Iraq. Some of those young men did not return to their families.

Bob was a Blue and Gold Officer, where he recruited High School students for the Naval Academy at Annapolis. He was an Honorary Alumnus and a Distinguished preacher of the United States Naval Academy.

Bob was an avid reader and writer. He had articles published in the US Naval Institute Proceedings and the US Navy Cruiser Sailors Association. He was the Chaplain for the USS Houston Survivors Group. He loved the game of football. His family had the opportunity to watch football games at the US Naval Academy and he was a fan of the Dallas Cowboys. Bob loved a good meal at a restaurant with his family always ending with a cup of coffee.

Bob is survived by his beloved wife Genece of 66 years, his sons Mark, Lee and his wife Iryna and three grandchildren: Olivia, Sophia and Kirill.

Here he lies where he longed to be,
Home is the sailor, home from the sea