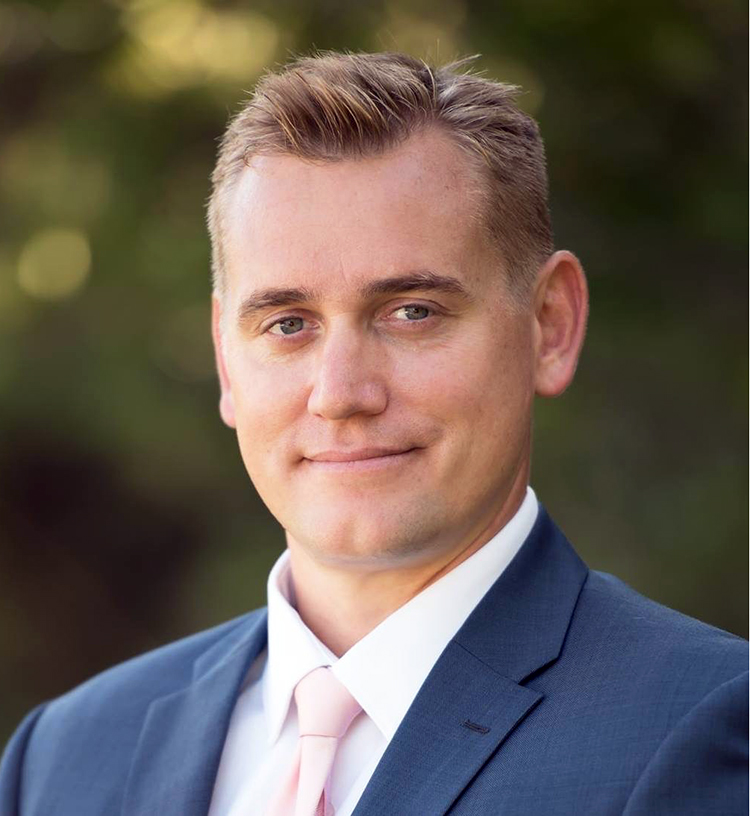 In lieu of flowers, donations may to made to Brandon’s Go Fund Me account:
www.gofundme.com/f/3zttj-support-the-thomas-family?utm_source=customer&utm_medium=copy_link&utm_campaign=p_cf+share-flow-1

Brandon Wilbert Leroy Thomas was born on March 24, 1981 to parents LaVonne Michelle Jensen and Wilbert Leroy Thomas in South Lake Tahoe, CA.  His early years were spent growing up in Yuba City, CA with his siblings Jarred Michael Raymond Thomas and Stephen Brian Thomas Ray.  Brandon’s approach to life was one filled with enthusiasm and bravado.  The experiences and hobbies of his youth never left him.  He enjoyed skiing, dirt biking, camping and free-diving in the wilderness surrounding the Lake Tahoe with his brothers.  He was the eldest of 5 siblings, welcoming Amanda Sharon Howle and Samuel William Thomas as the family expanded.

In 1999, Brandon graduated from Granite Bay High School and moved to Reno to continue his education and earned a degree in Radiologic Technology to pursue a career in Medical Imaging.  Brandon moved to Maui in 2005 to begin his medical career and as fate would have it, he met the love of his life.  In April 2006, he met Nicole Allison Chinn at Little Beach on Maui.  Their connection was immediate, deep and life changing.

After a year of long-distance romance, he left paradise to start a new life with Nicole in Indianapolis. As they grew their relationship, Brandon continued his work in Medical Imaging while going back to school to pursue degrees in Biology and Chemistry from Indiana – Purdue University (IUPUI). On January 2, 2011 Brandon and Nicole were wed on the same beach where they met six years earlier.  They had recently re-located to Southern California and eventually settled down in San Clemente.  Their beautiful twins, Asher Jensen and Stella Kay, were born on March 14th, 2013.  Brandon had become the man he wanted to be.  He was an incredible husband and made the transition to fatherhood look easy. Their lives were filled with laughter and love.

Brandon’s curiosity, diligence and enthusiasm for people served him well professionally.  He succeeded in the medical technology and real estate.   His thirst for knowledge and exceptional relational skills enabled his professional accomplishments.  But, Brandon’s ability to connect with almost anyone was his greatest gift.  This God-given talent touched everyone in his life and will be missed by the family, friends and relationships that he leaves behind.

Brandon’s natural gift of connection was made possible by his genuine authenticity and selfless compassion for people. His soul and essence live on.   They are reflective of Jesus and the God he loved.  It was pure, real, transparent, comforting and vulnerable. It transcended the barriers and complications of life.

On November 20, 2019 Brandon Wilbert Leroy Thomas went home to be with God.  He was 38 years YOUNG.  While his time on earth was not long enough for all who knew him, his legacy will continue on in us.

Brandon is my best friend and the richest person I know.  He was an idealist, who understood the imperfections of our world, but he never allowed it to compromise the way he treated EVERYONE.  It has been said that the character of a man can be measured by the way he treats someone who could do nothing for him.  By that standard, Brandon was rich.  His legacy will continue to teach us to prioritize and invest in the things that matter, because that is what he did every day. He loved his family dearly.  His siblings Jarred, Stephen, Amanda and Samuel were always on the top of his mind.  He loved speaking with his Mom LaVonne on a regular basis and was grateful that she found happiness with Rene, her husband.  He had a special place in his heart for his Grandpa Carl and his wife Pam. He continued to reach out to his father and prayed for his health and happiness regularly.

More than anything in this world, Brandon loved his wife Nicole and their two children Asher and Stella. They were his world and it showed. He would kill me for referencing a Mumford and Sons song, (I’ll be honest, I will probably punch myself for this one) but sans the twangy guitar riffs and Quaker outfits, there is a lyric that reads, “,Where you invest your love, you invest your life,” and Brandon invested the most in his family.  He loved playtime and outings with his children, coaching their athletic teams, swim lessons, dirt biking, camping and trips to the mountains.  He and Nicole would regularly sneak away to prioritize each other and their relationship reflected a deepened love year after year. He prioritized these things, among others, over himself and he had no problem doing so.  It was evident that loving his family and friends was what he valued most in life.

Brandon left this world as a rich man, he will continue to inspire and challenge us to slow down and invest in the people and relationships that God blesses us with.

It was a blessing to know you Brandon, a Husband, a Father and a dear Friend.

13 Brothers and sisters, we do not want you to be uninformed about those who sleep in death, so that you do not grieve like the rest of mankind, who have no hope. 14 For we believe that Jesus died and rose again, and so we believe that God will bring with Jesus those who have fallen asleep in him. 15 According to the Lord’s word, we tell you that we who are still alive, who are left until the coming of the Lord, will certainly not precede those who have fallen asleep. 16 For the Lord himself will come down from heaven, with a loud command, with the voice of the archangel and with the trumpet call of God, and the dead in Christ will rise first. 17 After that, we who are still alive and are left will be caught up together with them in the clouds to meet the Lord in the air. And so, we will be with the Lord forever. 18 Therefore encourage one another with these words. 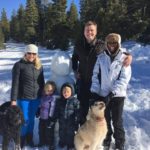 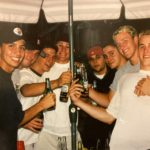