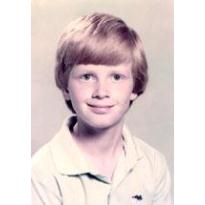 A street racing 17-year-old hit Brad, and his life was taken instantly.

He is survived by his loving mother, Ardyce Martin; beloved sisters, Lori Santo and Cappi Pidwell; beloved brothers, Brian Pidwell and Wayne Pidwell, along with a large extended family.
He was dearly loved by many and will be deepy missed by all.