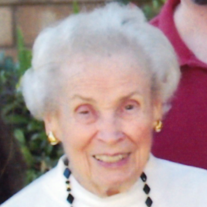 Born on the 3rd of March in the year 1924 in Minneapolis, Minnesota to Helen Olive (Larsen) and William (Bill) Gerhard Aasgard. Bea, as she like to be called, was the middle of three girls, four year elder sister Leone Janette, and ten year younger sister, Claire Louise. Bernice passed away this year on the 4th of August at the age of 91.

Bea’s father worked for Graybar Electric and was assigned to offices in various major cites around the Great Lakes area like Duluth, Mn and Flint, Mi. The family eventually moved to Detroit and its there that Bea met her husband Robert William Jensen at St. Olaf Lutheran Church where they were both in the church choir. It was at St. Olaf where the two were later married on June 18th 1948. In 1961 the family moved from Detroit to Santa Ana, California for her husband’s work at Ford Aerospace in Newport Beach. During the 70’s there were many layoffs in the aerospace industry and her husband was effected by the layoffs. For several years Bea was the breadwinner for the family until Robert found work again at Aerojet General.

Her husband Robert later passed away on November 1st 1979.

Bea had a variety of jobs over the years such as a soda jerk, receptionist at a school for the deaf, executive secretary for the prestigeous Campbell Ewald ad agency in Detroit, as Head of the Credit Dept. for The Broadway in Anaheim, California, but her longest and most enjoyable employment was with the Santa Ana Unified School District where she worked for 34 years at Andrew Jackson Elementary School as secretary and then Office Manager. Two of her children, Robert and Janet were students there also when she first started working at Jackson. Bea always looked back on her days at Jackson with fond memories. The school was where she made many close friends. While at Jackson she started to bring cookies, a Viking Helmet and Norwegian flag to celebrate the Norwegian holiday Syttende Mai (17th of May or Constitution Day) where it eventually became an office event for the entire school staff.

Bernice was a devout Lutheran, as such one of the most important places for her was St. Peter Lutheran Church in Santa Ana where she made friends with many of the people in the congregation. When she retired from working at Jackson Elementary she volunteered as office secretary for the church.

She will be remembered fondly by all those who’s lives she touched, by her friends from school and church to the caregivers who took such good care of her during her last several months.

On Saturday August 8th there will be a viewing from 10:00-10:45 at Saint Peter Evangelical Lutheran Church at 1510 N. Parton St., Santa Ana, near the major intersection of W. 17th St. and N. Flower Sr.. Memorial services will begin at 11:00 with refreshments immediately following in the Memorium Room. Bea will then be laid to rest at Rose Hills Memorial Park in Whittier, 3888 Workman Mill Rd, Whittier, CA 90601, alongside both her parents and younger sister Claire.