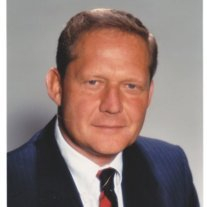 Benny Michael Koss, 77, died on February 11, 2013 at his home in Monarch Beach with his wife Marjorie, by his side. He fought valiantly and courageously against COPD and succumbed to a heart attack.

Benny met the love of his life, Marjorie, at a homecoming dance at Fordson High School. They both attended Eastern Michigan University and graduated in 1958. They were married a year later in 1959. Benny joined the Army Reserve after graduation and served for ten years. He was a patriot with a deep dedication to his country.

Benny’s pride and joy was his family. He and Marjorie bought their first home in Livonia, Michigan, moved to Wyckoff, New Jersey and then relocated to California. Benny had a flourishing and successful career as an entrepreneur in automatic vending services. He retired as President of Rowe Service Company in 1998. During his tenure he served as President of California Automatic Vendors Council and was an active member of the National Automatic Merchandising Association.

Benny played basketball and tennis. After retirement he took up golf. He made many friends and spent many hours on the greens at El Niguel Country Club. He was an avid and accomplished card player. He was also a voracious reader, in particular of American and World history. Benny shared his deep passion for music and musical theatre with his family taking them to numerous concerts and plays. He was a “clothes horse” who always took pride in his appearance. Benny also loved nothing more than treating his family to a dinner out at a fine restaurant.

He remains deeply loved and will be sorely missed by his wife Marjorie, children: Susan Vetter and her husband Randy, Diane, and Kristen Smith her husband Joseph. Benny will be cherished by his grandchildren, Andrew and James Vetter and Jared Smith as well as his sister Gloria Green. Benny also will be missed by his many friends.

It is with deep sadness that we say goodbye to our husband, father, grandfather, brother and dear friend.

A funeral mass will be held on Saturday, February 23 2013 at 11:00am. At St. Edward the Confessor Catholic Church located at 33926 Calle de la Primavera, Dana Point.