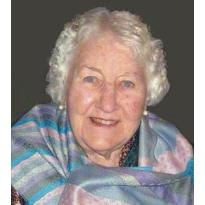 Barbara Louisa Gerardi Paulin, born Los Angeles, November 20, 1914, passed away in Corona del Mar on August 11, 2011 at the age of 96. Her parents, Elizabeth Belle Gerardi and Vincent Lacy Gerardi came from Trinidad, Colorado. Barbara and her sister Regina Gerardi Hancock were raised in Los Angeles during its golden years and experienced much of the rich history of The City of Angels.

Barbara graduated from Immaculate Heart High School in 1931 at the age of sixteen. While there she served as Student Body President, and was recognized as ‘The Girl With the Finest Spirit,’ a distinction that rang true her entire life.

Barbara attended USC where she was elected Helen of Troy in 1935, and served as president of Delta Delta Delta sorority. She was president of Mortar Board, and was a member of Trojan Amazons, and Beta Gamma Sigma Commerce Fraternity. Barbara graduated with a B.S. in Merchandising in 1935, and went to work for Broadway Department Stores.

Barbara was an active member of numerous service organizations including Trojan League.

A formidable tennis player and paddle tennis player, Barbara was an avid sports fan. She was an accomplished pianist, and spent many hours enjoying classical music. She also loved playing Bridge.

Barbara’s Roman Catholic faith was the center of her life, and she had a strong devotion to The Blessed Virgin Mary. After her faith, family always came first and Barbara was especially passionate about honoring her Italian heritage.

A Mass of Celebration of Barbara’s life will be said at 10:00 a.m. on Wednesday, August 17 at St. John Vianney Chapel, 314 Marine Avenue, Balboa Island.

If you would like to make a donation in Barbara’s name, the family has designated the Orange Catholic Foundation, c/o Diocese of Orange, 2811 E. Villa Real Drive, Orange, CA 92867.