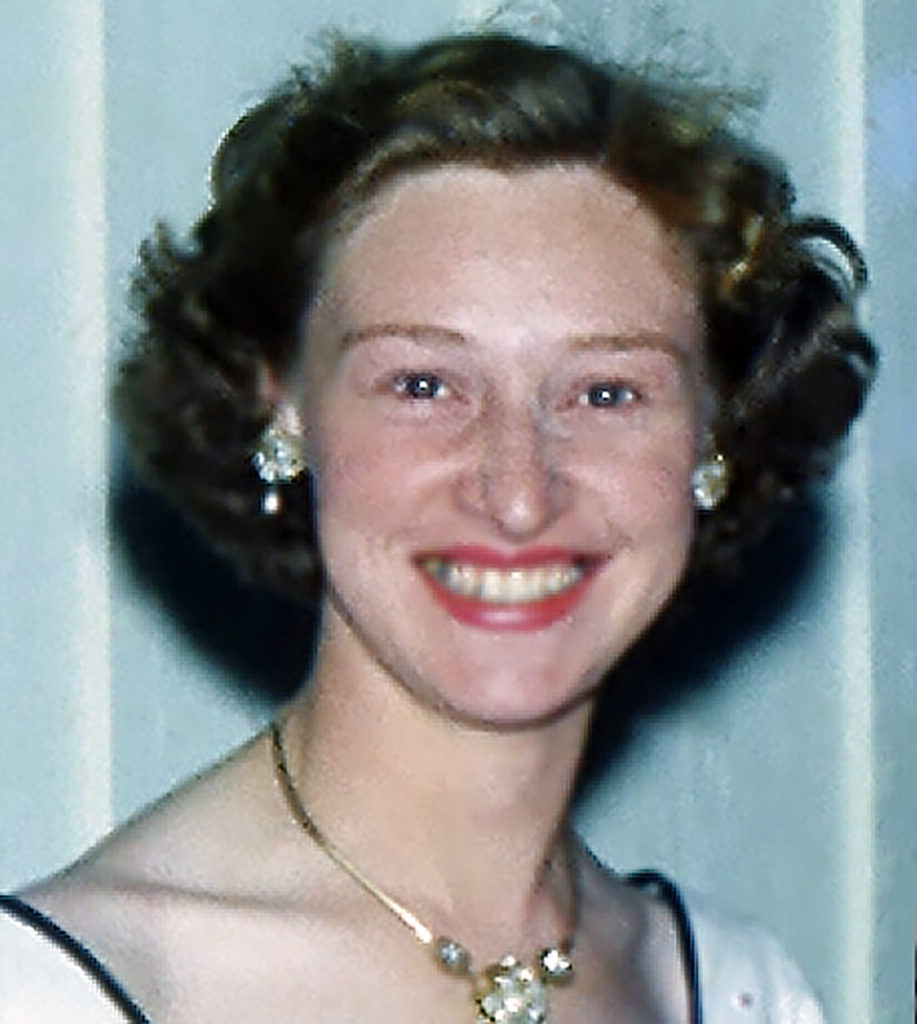 After a yearlong battle with cancer, Audrey Edna FitzPatrick, passed away at her home in Laguna Woods Village on February 9th.  She was 90 years old.  Her sons, Andrew and Kevin, and their wives, Ellen and Cammy, were able to spend precious time with her over the past 12 months and in her final days.  She had a strong will and fought hard to the end.

Born in Bristol England, she attended secretarial and bookkeeping school before entering the workforce at a young age.  She met her husband Vince at the local social club where they became dance partners.  Vince decided to accept a work assignment in Australia.  He later found a job with Vacuum Oil Company managing ground and refuelingoperations for commercial airlines on a tiny South Pacific atoll called Canton Island. Vince returned to Bristol in 1950, married Audrey, and she moved to the island where they lived for 14 years. Both her sons were born on Canton Island.  With the jet age, the island’s purpose as a midpoint stopover became unnecessary and in 1965 families moved out and infrastructure was shutdown.  After a brief stay back in England she and Vince moved to Hawaii and lived there until Vince retired in 1990.  In Hawaii Audrey worked as an office manager and controller for two commercial real estate companies.  Her strong accounting skills helped these small entrepreneurs maximize their investment returns.  These skills also helped Audrey and Vince invest well in residential properties in Hawaii and Texas.  After retiring, they decided to relocate to the Houston area.  They continued investing in real estate and lived in Pasadena, Spring and The Woodlands areas of Texas.  They lived in the Houston area for 16 years until Vince passed away at the age of 83 in 2006.  Audrey’s oldest son, Andrew, and wife, Ellen, found a great home for her to move and enjoy her final years in the Laguna Woods Village near their home in Laguna Niguel, California. In her wishes, Audrey asked to be cremated and have her ashes spread at sea near her old home in Hawaii.  When the current environment allows, the family will return to Hawaii to fulfill this wish.  Moe i ka maluhia.

Audrey was a proud Brit her entire life and a member of the Daughters of the British Empire (DBE) with chapters all over the United States.  The organization has been a common bond for women of British and Commonwealth of Nations heritage living in America.  The groups contribute significantly to the good of their local communities and support the four retirement homes for men and women established by the DBE.  They are a non-profit, non-political American organization.  Audrey first joined in Hawaii and later was a member in Texas and California.  She was a past officer of the organization and enjoyed giving back to her communities.

Audrey is survived by her sons, Andrew and Kevin and one grandson.  In lieu of flowers, the family suggests donations to the Royal Ascot chapter of the DBE for the British Home in Sierra Madre so they can continue to support their community.