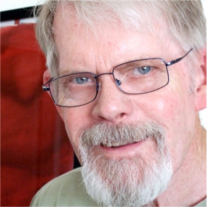 Arthur Jay Sagen passed away from a sudden heart attack on October 20, 2016, after a lengthy battle with Parkinson’s disease. He was 77. As he passed he was surrounded by his wife and several dear friends from the Vedanta Society, who chanted sacred Hindu mantras.

Jay is survived by his wife, Diane, daughter Kari Sagen Gritzan, her husband Thorsten, and brother Christopher (Kit) Sagen and his wife Thea. Jay and Diane had been married 52 years.

A memorial was held on November 30, 2016 at the Coastline Community College Art Gallery. It was attended by Jay’s colleagues, friends and students, and many spoke of what a remarkable artist, teacher, and mentor he was.

Jay was born in Chico, California, to Arthur and Evelyn Sagen. He was raised in Walnut Creek, and after high school spent three years in the army, serving in Washington State and France. He then attended the San Francisco Art Institute, where he met and married his wife Diane. Their daughter Kari was born in 1965 and, like many in their generation, they spent time between the Haight Ashbury in San Francisco, and in Los Angeles, where Jay attended Otis Art Institute. Returning to San Francisco, Jay earned his BFA at the San Francisco Art Institute, after which they moved to Irvine, where he earned his Master of Fine Arts degree at UC Irvine.

In the years between graduating and beginning a successful teaching career, Jay supported his family, as many artists do, by painting houses, and restoring, among other things, the historic Vivekananda House in South Pasadena for the Vedanta Society of Southern California. He was also an “ager” at Disneyland, creating the faux-aged effects on the rocks and buildings on the then-new Big Thunder ride.

Jay then began what was a long career as a professor of art. Among the colleges in which he taught were USC, and Cypress, Saddleback, Coastline and Golden West community colleges.

The job he most enjoyed was Curator of the Coastline Community College Art Gallery, which he was responsible for growing into a successful gallery for the development and exposure of numerous area artists.

Besides his teaching, Jay exhibited his work often, including several one-man shows, and a retrospective of his body of work in 2010.

Jay’s love for his family and his wonderful sense of humor are missed.