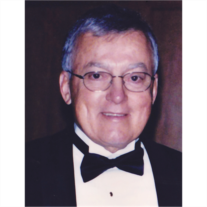 He was born in Newburgh, NY on May 19, 1933 to the late Arthur Bernard Hamel Sr. and Catherine Conti Hamel, both of whom met and wed in Newburgh.  He graduated high school at age 17 from Newburgh Free Academy and enlisted in the Air Force, where most of his four years were served in Morocco. At age 21 Art married his first wife, Marlene.

He is survived by three adult children, Arthur Bernard Hamel III and twin daughters Tammy San Fillipo and Wendy, all of whom live in the Rochester, NY area.

The GI Bill paid Art’s out of state tuition at Penn State University, but Art’s entrepreneurial spirit grew as he always had at least 2 or 3 part time jobs plus a full load of classes and labs in math and science.  He graduated with a degree in Industrial Engineering and enjoyed jobs with Carrier Corporation, IBM, Lockheed and Matson Navigation.

After a divorce, Art relocated to San Jose, CA with IBM. After meeting Jane Seeger Tearse in 1964, while both were taking out their trash in the apartment building they each lived at in San Francisco; the two were married in San Francisco in 1965.  Art and Jane lived in Saratoga, CA from 1972 to 2004 and raised two boys, John Arthur and James Bernard.

Art loved to fly and piloted his own single engine Cessna across the country to visit his numerous franchises and small manufacturing businesses. When adult onset diabetes got in the way of renewing his pilot’s license, he sold off his East Coast business interests. Art then began teaching others how to “Own Your Own Business” in nationwide seminars. Thousands of seminar alumni can be found around the world owning businesses and real estate. His students appreciated his humor, dedication, creative financing techniques and direct mentoring style.  Art was invited to join the prestigious Society of Exchange Counselors as well as NCE to attend marketing meetings held around the US.

Art is survived by his wife Jane, his eldest son John, granddaughter Courtney and late son James, as well as his brother Robert and sister, Mary Lou Stockton and many nieces and nephews.

Art always entertained himself and others by referring to Jane as the ‘late Jane Hamel’ due to her tardy ways.  Jane, John and Jim endured years of repeated bad, dirty and often-times offensive jokes, puns and outbursts. But that was what Art was known for by everyone fortunate enough to meet him or unfortunate enough to cross him when he was feeling hungry or impatient, which tended to occur about 18 hours per day. He was a modern day Archie Bunker that could find a joke or insult for almost anyone.

As a type II diabetic for about 50 years, Art would have wanted donations made to the American Diabetes Association in his name. That or he would have wanted someone to buy him a box of blueberry muffins or chocolate-chip cookies.

1 responses to Arthur B. Hamel