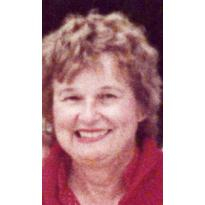 Passed away peacefully on March 9. Loving wife, mother and grandmother, she will be missed by all.

Born on November 10, 1922, in Chicago, Il., she graduated from Kelly High School where she met her future husband. Her beauty and personality prompted her fellow students to elect her as May Queen of Kelly High in 1939.

She married Colonel Edward Rogal, USMC ret., on April 21, 1945, becoming a hardworking Marine Corps Wife, running the household in a masterful manner during Ed’s many overseas deployments. She was a great mother, even teaching Don and Gail to read at a very early age.

At US Marine Corps Air Station, El Toro, Toni volunteered as a Gray Lady nurse in the base dispensary. She was recognized by the Medical Staff as extremely efficient in carrying out her arduous duties over several years.

She was a long-time member of the Officers Wives League OWLS, very active in numerous charitable and social activities, a talented artist, and a good bowler.

She will be fondly remembered for her great parties and always making sure her grandchildren were well entertained.

Her attitude toward life can be summed up by what she always told us, ‘I have had a good life. Don’t worry about me.’

A Memorial Mass will be held at St. Elizabeth Ann Seton Catholic Church, Irvine, 10AM on March 18. In lieu of flowers, please donate to a charity of your choice in her name.