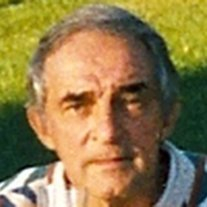 Tony Modory died peacefully on the evening of November 10 after a four-month battle with cancer. He fought this disease bravely and without complaint, and his family and their love surrounded him at the time he went to be with his Lord and Savior.

Born on August 11, 1942 in Niles, Michigan, Tony led an active and rambunctious childhood, enjoying the outdoors, especially fishing, and all sports. He was an accomplished baseball player throughout his childhood and early adult years, playing for St. Joseph’s High School in South Bend, Indiana, and then for Western Michigan University. He passed on playing minor league baseball to focus on raising his family. Tony worked within the paper manufacturing industry for more than 40 years, including over 30 years at Simpson Paper Company, where he ultimately became West Coast Regional Sales Manager. For several years, he also ran his own home-based offset printing company in his spare time.

He married Carolyn Rae Duncan on August 2, 1962, and they enjoyed a blessed 51 years of marriage, raising two children together. Tony and Carolyn enjoyed watching Angels baseball games, wine-tasting trips, and family vacations. They also had a love for rescue pets; their last rescue, Spur, a regal black Labrador retriever, held a special place in their hearts. Tony was a loving husband, father, grandfather, a loyal friend, and always the life of the party. He also was a skilled craftsman and used his talents to complete numerous home improvement projects, but nothing made him happier than being surrounded by family and friends. He will be sorely missed.

Memorial Services for Tony will be held on Friday, November 15 at 10:00 AM in the Chapel at O’Connor Laguna Hills Mortuary, 25301 Alicia Parkway, Laguna Hills, CA 92653. In lieu of flowers, the family asks that donations be made in the name of Anthony Modory to his granddaughters’ school, Flintridge Sacred Heart Academy (www.fsha.org/flintridgefund), the Mission Viejo Animal Shelter (www.cityofmissionviejo.org/animalservices), or the Salvation Army (www.salvationarmy.org).