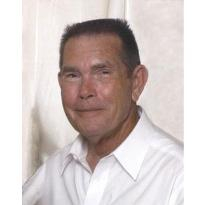 Born September 6, 1947 to James and Thelma Buchanan in a small town called Dyess, Arkansas. After his father died when he was 9 years old, his mother and he had some tough times. He would work on the farms before school and during long summers.

In 1968 Ed joined the Marines and was proud of being one. During his years in the Marines, 1968-1977, he went to Japan, did two tours in Vietnam and from 1975-1977 he served as a master drill instructor. After a few years on the drill field, the Marines wanted to send Ed back to Japan again, so he left the Marines as a sergeant and made California his home for the rest of his life.

In 1979 he meet Carol and in 1984 they were married. They just celebrated their 25th wedding anniversary on September 1. They made their home in Laguna Hills for 25 years.

Ed had 3 children from a previous marriage, Eddie, Debbie and David. When Ed married Carol he embraced her children as his own, Eddie, Sheri and Christy. As Eddie, Sheri, and Christy married and had a family of their own, he was a proud grandfather of 8, Marissa, Maddi, Molly, Nathan, Dustin, A.J., Ali, and Abbi, and to them he was Papa, Poppy, and Pops. He loved them dearly and they will truly miss him.

Ed was a wonderful husband, a great dad and even a better grandfather. He loved his family and friends very much and there will be a void in everyone’s lives he touched.

May you have peace in your journey.
God bless you, my love.
I will forever miss you.
Your loving wife and best friend,
I love you,
Carol