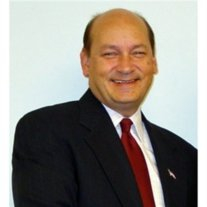 Ron was born in Maryland to Helen (Vaitkus) and Frank Gidjunis and was the eldest brother of Robert of Tampa, Florida. Though Ron’s father passed away at the very young age of 37 in 1957, Ron has a memory of throwing a baseball to his dad in Milwaukee. Soon after his father’s death, Helen took her 2 children back to Dayton, Ohio where both she had Frank were from.

Growing up without a father could not have been easy but Ron persevered and began his work ethic early in life beginning with a paper route before he was a teenager. Being born with a strong Lithuanian Catholic heritage he was also an altar boy. His athletic abilities were honed in high school where he played baseball and basketball. It was at this time in his life that Ron began to love cars and he enjoyed fixing them up. He was also involved in Decca which was where he began to develop his public speaking skills which he continued to excel at throughout his life.

When it was time to go off to college Ron was offered a full scholarship to The Ohio State University to play baseball. Ron was a true Buckeye who bled scarlet and gray. He was scouted as a pitcher to go pro but unfortunately he tore his rotator cuff in his senior year. But that didn’t stop Ron’s optimism for the future. He was studying Retail Management in school and that was where he pursued his career. He began with Elder Beerman in Ohio starting as an Assistant Manager but he soon was running a multi-level, multi-million dollar department store at the age of 23.

During this time Ron decided he wanted to learn how to fly a plane and enjoyed the freedom and excitement of piloting on his own. He also had season tickets to the Bengals and was at the infamous Ice Bowl between the Bengals and the Chargers.

Ron later moved to New Jersey then Philadelphia working for the Dry Goods where he rose to the position of Vice President of Operations before the company was bought in 1989. It was then that he moved to Massachusetts to work for Marshall’s as a District Manager; this was also the year that he met me, his future wife. And as he remarked many times, it was love at first sight.

One day in 1993, Ron came home and asked me “How would you like to move to Southern California?” And a new chapter of life began. In Ron’s typical fashion, he researched southern Orange County prior to moving, and decided that Laguna Niguel was the place to live. So in January of 1994 we made the trek across country, and rented a home in Laguna Niguel and were married later that year on August 25th. In early 1995 we bought a home in Laguna Niguel and have been living there ever since.

Ron loved Southern California and truly enjoyed all it had to offer. His love of sports continued and he was a huge Angel, Laker, and Charger fan. We had season tickets to the Angels for several years and were there at game 7 when the Angels won the World Series. We were lucky enough to see Ohio State win the Rose Bowl on New Year’s Day in 1997 and we were in Tempe at the Fiesta Bowl to see them win the National Championship in January 2003. When Doug Flutie came to the Chargers, being a grad of Boston College, I wanted to go– that is how we became Season ticket holders in San Diego.

Ron also believed in giving to those who were less fortunate. In 1995 at Marshalls he started the Funding drive for the Juvenile Diabetes “Walk for the Cure” in Southern California. This charitable focus he spearheaded became a company wide program which continues to this day.

Ron also loved music and there was always music playing wherever we were. He especially loved Jazz and enjoyed live performances especially at the Hyatt in Newport Beach. Ron also loved animals and frequented the San Diego Zoo and enjoyed watching the baby Pandas grow and most recently “Little Gift.” He loved working in the yard and feeding and watching the wild birds and humming birds that frequented our haven.

Ron also took up golf in Southern California and in his typical athletic fashion, excelled at it. He could drive the ball very far and he enjoyed being outdoors, the tremendous views from various courses, as well as seeing the wildlife along his way.

Ron loved to travel, and we frequented Hawaii, Hilton Head, Cabo, Las Vegas, and the Palm Desert area. He always wanted to go to Australia and to Italy. He enjoyed boating especially to see whales and dolphins and he had an adventurous spirit. He had an unbelievable grasp of directions and a memory for where things were. He might have been somewhere years before, but he could remember the way like it was yesterday.

Ron was a history buff, and loved to watch the History Channel, movies, and in general enjoyed following the news. He continued to read the newspaper throughout his life, and soaked up information like a sponge. He was extremely intelligent.

Ron was a person with a tremendous presence, and had a zest for life. When he walked into a room’he owned it. He was exceptionally charismatic, had a great sense of humor, and was a consummate optimist. He always looked on the bright side of any situation. He was also a great teacher and was a mentor and guide to many. He inspired and uplifted people and did so much for them. Helping others was important to him.

Ron,
You were my everything– my mentor, my best friend, my comic relief, my soul mate and my lover. My heart is forever broken and I don’t know how I can go on without you. I thank God that he brought us together and allowed us to be so happy together for so many years.
I love you Always,,.
Nan