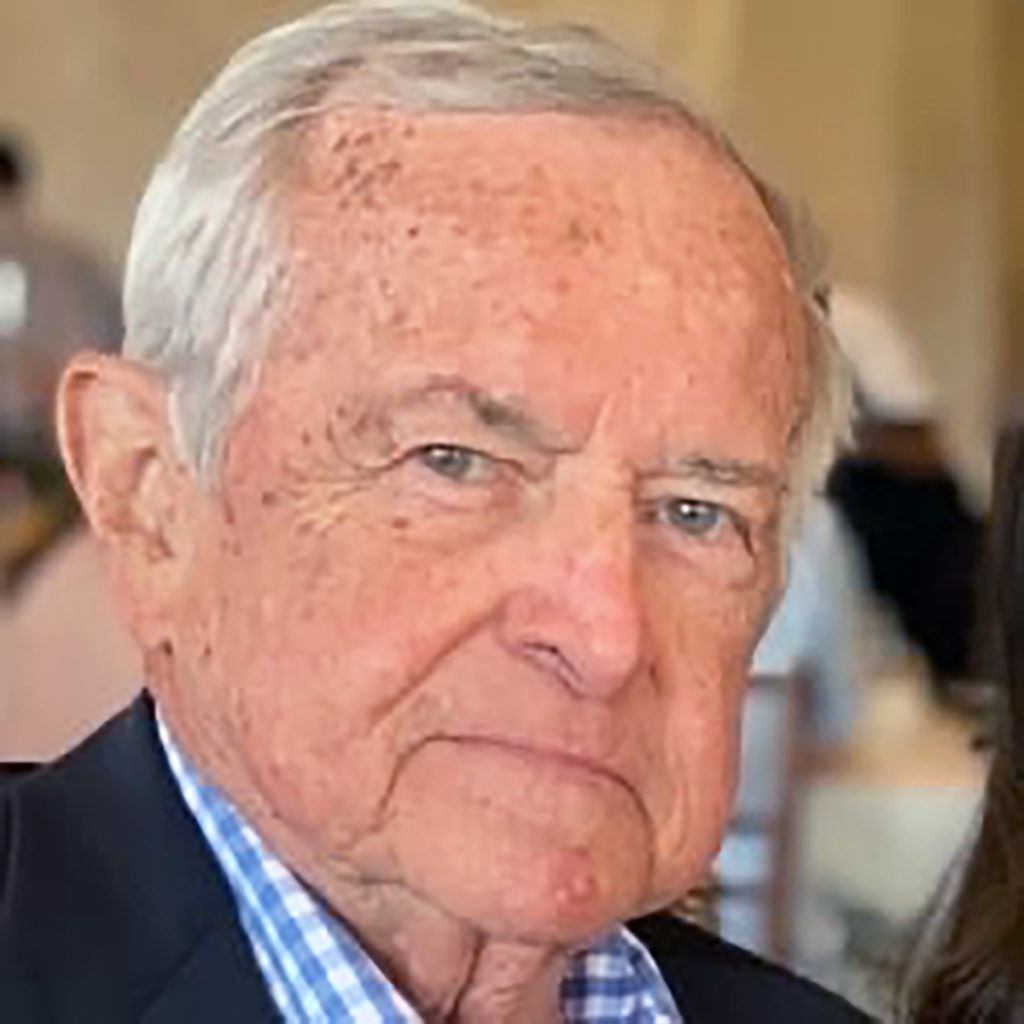 Edward A. Maher AKA Poppy to his grandkids, Dad to his daughters, Ed to his friends, and Uardo (short for “Eduardo”) to Lyn, his wife of 53 years, passed away peacefully at the age of 81 at his home in San Clemente, California on Sunday evening, August 29, 2021.  Ed was surrounded by his family during his final hours.  The last face he saw before he closed his eyes forever was that of his beloved Lyn.  His oldest and youngest granddaughters, Sadie and Tate, were at his side when he drew his last breath.

Ed was the quietest badass and the most humble warrior.  However, his road to badassery had a bit of a rocky start beginning at MIT where he spent his freshman year there not studying and instead, daydreaming of flying fast jets.  Finding that the MIT life was not for him and being a closeted adrenaline junkie and thrill seeker, he switched colleges to the US Air Force Academy where he graduated in 1963 with a Bachelor of Science degree.  After graduating from the Academy, Ed completed pilot training and ended up living his dream of flying fast and low in the McDonnell Douglas F-4 Phantom II.  He flew F-4s during the Vietnam War as a Fast FAC (“forward air controller”) and was awarded the Distinguished Flying Cross (First Oak Leaf Cluster) in 1972 for his bravery.

After the war, Ed continued his education and was awarded a Master of Science degree in Systems Management from the University of Southern California in 1977.  Ed retired from the U.S. Air Force in 1984 as a Lieutenant Colonel and went to work for Boeing as an engineer.  He retired from Boeing/United Launch Alliance in 2008 with a post-retirement goal to play golf as much as possible.

In the midst of this chaotic world, Ed fought for every last breath until the very end because he loved life so much and had a serious case of FOMO (“Fear of Missing Out”) as his grandkids would say.  He desperately wanted to see his oldest granddaughter graduate from high school this year, drink one more beer with his buddies at the 19th hole, pick his fantasy football team for one more season, have another cup of clam chowder, eat another plate of sliced ripe tomatoes slathered with mayo and liberally dusted with salt and pepper, play another game of bridge, see the next episode of Ted Lasso, watch another movie at Director’s Cut, go on another cruise, golf, golf, and golf some more, eat a lilikoi shave ice in Hawaii, walk one more trail in the hills of San Clemente, watch the crashing waves off the jetty in Dana Point Harbor, study the deer, coyotes, quail, and squirrels from his daughter’s back yard in her and her husband’s nearby San Clemente home, and take one more post-breakfast Sunday nap on the outdoor couch in that same backyard basking in the soft warmth of the morning sun with a folded newspaper on his chest.

Aside from being humble, Ed was the most kind, generous and brilliant man.  His love of flying jets was vastly surpassed by his love and devotion to his family for whom he curtailed his Air Force career so he could provide stable childhoods for his children.

He never had a bad thing to say about anyone except his dog Lulu with whom he had a complicated love-hate relationship.  Aside from gifting (or cursing) them with their prominent Irish noses, Ed’s daughters were also the recipients of many lessons passed down from him.  None were more valuable than what they received in the last three years as Ed courageously battled without complaint, and like no other, in his war against stage 4 colon cancer.

Ed was preceded in death by his father, Edward, his mother, Kay, his younger sister, Sandy, and his younger brother, Terry.  He is survived by his loving and beautiful wife, Marilyn “Lyn” Whang Maher, his daughters, Laurie Svitenko and Colby Countryman, his sons-in-law, Sam Svitenko and Brady Countryman, and his five grandchildren, Sadie Svitenko, Edan (“Eddy”) Countryman, Lucy Svitenko, Lynley (“Tate”) Countryman, and Alexander (“Xander”) Countryman.  In addition to his immediate family, Ed leaves behind an amazing extended family and many friends, including the notorious Lienzo Duffers.

Our heartfelt thanks go out to the staff and doctors at the City of Hope in Duarte, California, all of whom provided Ed with amazing care throughout his hard-fought three-year battle against cancer.  In lieu of flowers, please consider making a donation to the City of Hope in memory of Ed at   https://ourhope.cityofhope.org/fundraiser/3432416.

A Celebration of Life for family and friends will be held at a later date in Hawaii after which Ed will be interred together with his in-laws, Dr. Daniel and Rose Whang, at Mililani Memorial Park & Mortuary.