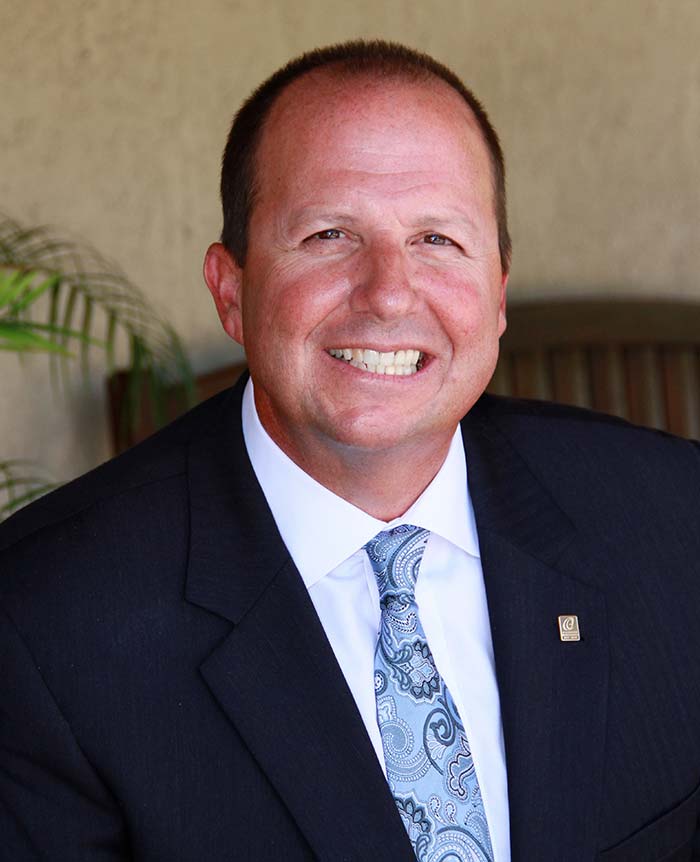 Charles A. Ricciardi was born and raised in Pacific Beach, which used to be a small town near San Diego, California. He graduated from Mission Bay High School in 1983, where he played on the school baseball team. In addition to playing sports, Charles grew up as an avid woodworker, building cedar chests, tables, dressers, and a 14-foot boat among other projects, several of which won awards at the Del Mar Fair. His father instilled in him a strong work ethic, which was apparent in the series of jobs he took on at a young age: he worked a paper route for the San Diego Union starting at the age of 12, then as a dishwasher at a family owned Italian restaurant, and later at Souplantation while attending school at Mesa Junior College and San Diego State. His hard work earned him multiple promotions, from dishwasher to management, and eventually on to be a food and equipment sales representative for S.E. Rykoff and Co.

He began working for O’Connor Mortuary in 1992, after marrying into the family. It was a field in which he never thought he would work, but he quickly came to realize how rewarding it is to help families through the most difficult times of their lives. He has served in multiple capacities at O’Connor Mortuary, including running the Pre-Need sales department, spearheading the opening of the arrangement center in Irvine, serving as community relations liaison and crematory manager, and served as COO, partner, and co-owner since 1999. We are now pleased that he has stepped into the roll of President of the company.

Charles is locally involved with the Lions club of Laguna Niguel as well as the Exchange Club of Irvine. His greatest accomplishment in life was meeting and falling in love with his beautiful wife, Loretta (O’Connor), and having three children who continue to amaze, thrill, and test the two of them every day: Faith, Christian, and Cameron. It is his honor to help and serve the families of Orange County when they need it the most.