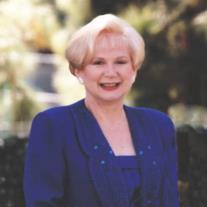 Zora Gentile passed away peacefully on April 19th, one month shy of her 86thook birthday. Born to John & Stella Krajevich in Michigan on May 19th 1929 Zora was an only child and forged an early academic path in the sciences, ultimately earning a BS in Chemistry at Wayne State University. She continued her carrier in science with research for Dr Beruck Samual Blumberg’s team in developing the origins of the hepatitis B virus, a conclusive blood test and eventually a proto vaccine for hepatitis B. This research later lead to a Nobel Prize in Medicine for Dr. Blumberg & Dr. Carleton Gajdusek.

While working in the hospital lab at Detroit Receiving Hospital Zora met Dominick E. Gentile, MD who was completing his Residency program. They were married the following year, 1958 and moved to Washington DC. The couple’s first child Susan was born a year later ,with David, Mary, Thomas and Jason arriving within the following 6 years. As her husband’s career at the forefront of kidney dialysis and research led him to different hospitals around the country Zora moved her growing family from Washington DC to San Diego to Kentucky then New Jersey until finally settling in Irvine, California.

Working initially for the Newport Mesa school district where she became known as the Fossil Lady, Zora went on to spend 18 years as teachers assistant at Turtle Rock Elementary school while raising her 5 children.

Zora donated generously to many deserving causes that were close to her heart over the years and was particularly passionate about supporting medical research and the arts. She was a member of several museums including the LA County, Bowers, Huntington Library and the Museum of Tolerance in LA.

A movie buff extraordinaire she watched each Oscar nominated movie before the big night, inviting along a friend, one of her children or grandchildren or even going alone if no one was available. Reading was another passion for Zora and she consumed newspapers, magazines and books of all kinds with a voracious appetite, soaking up details and engaging in discussions afterwards on all aspects of the material.

Already a world traveler with her husband & family Zora continued to travel extensively after the death of Dominick in 1997 visiting Egypt, China and several other countries with family and friends. Many happy vacations were spent in the Hawaiian Islands over the years with her family including 75th and 85th birthdays.

Christmas was a very special time of year for Zora and her Christmas parties were legendary, bringing together all her children, grandchildren and close friends, creating so many wonderful memories in the process. Her energy and resilience was amazing and she was more than often the last one standing, working in the kitchen until the wee hours, only to be first up to see her beloved grandchildren on Christmas morning. She loved watching her six little angels open their presents around the tree.

Zora was endlessly curious, a lifelong student, a spirited and independent woman. A true bon vivant she enjoyed good food, fine wine but most of all the company of her family & friends. We will miss her greatly but we also cherish the memories of the precious time we spent together.

Zora is survived by her 5 children and 6 Grandchildren.

Zora’s family asks that in lieu of flowers you please make a donation to the Susan B Komen Foundation or the American Stroke Association.