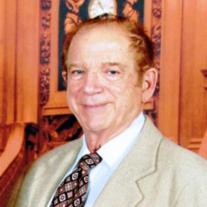 Youssef Iskandar Lazo was born in Cairo, Egypt on June 5, 1930 to Iskandar and Jamilé (née SaÃ¯de). Youssef was the youngest child and only boy. He had four sisters, AngÃ¨le (deceased), Germaine (deceased), Eugenie, and Marie.

After his father passed on, Youssef relocated to Lebanon with his mother in the 1960s. It was there that he met his future wife, Regina (née Hattouni). The two were married on July 4, 1969. His work took them to Libya, where his older son, Alexandre, was born April 19, 1972. The family then returned to Lebanon, where his younger son, Marc, was born October 2, 1975. The family then moved to Egypt for a couple of years, again due to a work transfer, then back to Lebanon.

Due to the uncertainties related to the Lebanese Civil War, the family relocated to the United States on May 10, 1979. They initially resided in Los Angeles, where Youssef’s sister, Eugenie, had been living with her family. Then, they moved to Orange County, where they have been ever since.

Before emigrating to the United States, Youssef worked for SITA, a large air transport communications corporation. In the United States, Youssef worked for Mobil Oil Corporation for 13 years, retiring in 1995. Because of his strong work ethic, Youssef continued to work part-time for several years, before finally relaxing to a comfortable retirement with Regina and Marc at their residence in Laguna Niguel.

The final years of Youssef’s life were spent at home and according to his own terms. He loved painting, fixing broken (and even not so broken) items in the house, working in the garden, and shopping at his own leisure. He made sure Regina had her daily cup of coffee before she left for work, and Marc had his sliced orange wedges.

Youssef flourished in three separate countries, Egypt, Lebanon, and the United States. He instilled in his two sons a tremendous work ethic, the importance of self-reliance, and the value of family. In the final days of Youssef’s life, it was his family that took care of him with the same love and kindness that he had shown toward them throughout their lives.

Youssef will be missed by many, but the legacy he leaves and the influence he had on so many lives will live forever. His son, Alex, is raising his own family according to the principles that his father instilled in him, while his other son, Marc, is pursuing his career with the same work ethic that his father inspired in him.

Youssef Iskandar Lazo passed on November 13, 2011 in the loving presence of his family. May God rest his soul in eternal bliss, and may the strong presence he had within his own family live on forever.

He is survived by his wife, Regina, his two sons, Alex and Marc, two sisters, Eugenie and Marie, and three grandchildren.

The funeral will be held at 11:00AM on Friday, November 18 at Annunciation Byzantine Catholic Church in Anaheim.