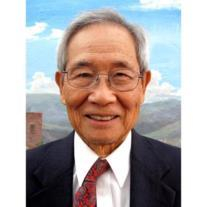 Young Whan Kihl was born in Korea on October 13, 1932. He graduated from Young San High School in Seoul, Korea. After migrating to the United States and becoming a US citizen, he received a BA in Political Science and Economics from Grinnell College and a Ph.D. in International Politics and Organizations, Comparative Politics (Asia) and Political Behavior from New York University.

Professor Kihl was passionate about political science. He specialized in North South Korean relations and wrote many well-respected books on the topic.

Professor Kihl was predeceased by his beloved wife Mary in 2007. He is survived by his children, Ann and Christopher, and his sisters Young Won Ha and Young Yun Lee.