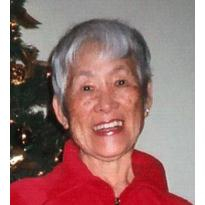 Yoshiko Asano Davies Oster was born Feb. 18, 1933, and lived on Shikoku Island, Japan. She emigrated to the United States in 1958. In 1966 she married R. Thomas Davies. Upon the death of Mr. Davies in 1986, she became president and CEO of Greentree Labs in Santa Ana, CA until her retirement. In 2000 she married William E. Oster Jr.

She was a member of the Church of the Resurrection, Huntington Beach, Woodbridge Community Church, Irvine and St. Matthew Anglican Church, Newport Beach, several bible study groups, ‘My Quilting Group,’ and Chapter DR of PEO.

Memorial services were held at Woodbridge Community Church, Irvine on March 23, 2009. Yoshiko will be remembered as one who prayed without ceasing and was loved beyond measure.