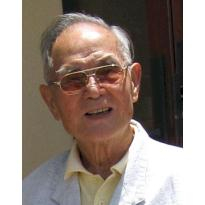 Mr. Tan was born and baptized in 1921 at the Presbyterian Mission Hospital in Guangzhou, China. His mother taught music at the Mission’s True Light School. His father served as the Director of the Chinese Merchants Services under Dr. Sun Yitsan’s Republic of China government.

When the Japanese army invaded Hong Kong in 1940, he fled to Chongqing, and attended the Chinese National Art Institute. During this period, he was active in student anti-Japanese propaganda activities. In 1945 he graduated from the studio of art master, Lin Fengmian. He was employed in 1946 as an art instructor by the Guangdong Art Institute. From 1948 to 1949, he was an art instructor at Ling Ying College in Hong Kong and actively participated in ‘The Human World Art Society’, a local artist group’s effort to advocate for the poor through art creation.

From 1949 to 1954, he returned to Guangzhou with his wife Xu Jianbai, and worked for the Guangdong Provincial Association of Cultural Artists. He participated in the preparatory phase of the formation of the Huanan Arts Academy, and held senior administrative positions at the Academy. The Academy relocated to Wuhan in 1954 and was renamed Mid-South Fine Art Academy. He continued to hold senior administrative position at the Academy and was appointed as President of the Academy’s affiliated middle school. In 1957, he returned to Guangzhou for site selection and construction in preparation for the relocation and rebirth of the Academy as the Guangzhou Fine Art Institute. Thereafter, he worked as the Dean of the Institute; he also founded the Art Design Department and held concurrent position as its Chairman. He was the Dean of the Institute until his retirement in 1982.

As one of the founders of the Guangzhou Fine Art Institute – one of China’s four major fine art institutes – Mr. Tan devoted his life long effort to the continuation and propagation of the education and art ideology of his teacher, art master and China’s contemporary art educator, Lin Fengmian. In the past 50 years, Mr. Tan worked closely with his colleagues to create an accommodating and less restricted learning and creative environment to elevate the Guangzhou Fine Art Institute to a nationally acclaimed position, and nurtured a generation of China’s finest artists.