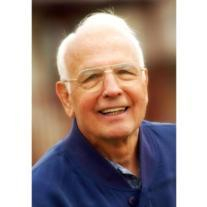 William Zoltan Zoltai was born August 30, 1924 in Akron, Ohio. He lived most of his life in northern Ohio in the Elyria and Lorain area of Lorain County west of Cleveland. He served his country in the U.S. Marine Corps in the Pacific theatre during WWII. Most of his working years were spent managing the auto body shops at Spitzer’s and Prout Chevrolet in Elyria and at B.F. Goodrich, as a painter, in Avon, Ohio. Mr. Zoltai was a member of the Church of the Open Door in Elyria where he served over the years as an Usher, a Sunday School teacher, a choir member and as a Deacon. He and his wife Martha moved from Ohio to Venice, Florida in 1980 and spent 25 wonderful years in semi-retirement before moving to Lake Forest, California to be closer to family.

The family requests that instead of flowers that donations be made to the Salvation Army in your local community in the name of ‘William Zoltan Zoltai’.