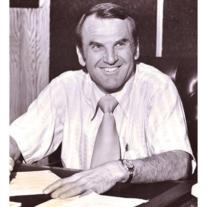 William Thomas Phillips or ‘Bill’, as he was known all his life, passed away on Wednesday, January 2, 2013, at 9 p.m. He is survived by his wife, Faye Phillips; son, Jeffrey Phillips; and brother, Allen Phillips; as well as his many nieces and nephews. He had been suffering from advanced macular degeneration and some dementia. After falling and breaking his hip just before Christmas the Doctor discovered advanced cancer.

Bill was born in Newton Kansas, the son of Roberta Jean Dermid. When he was four year old, she married Lee Phillips who adopted Bill and gave him his name. It was a good family and Bill had caring and loving parents. He was drafted at the end of high school when he turned 18 years old in 1943 during WW II. He chose to join the Navy, served three years, and was discharged in May 1946. He began classes at U.S.C. and in the first year, in the ‘Man and Civilization’ class he met Faye. Ten months later they were married. It was love at first sight and never changed through the 65 years they were together. In 1951 Bill was suddenly called back to the Navy to serve during the Korean War. It was a terrible blow to him because he had a family to care for. He served two years, was honorably discharged in 1953.

Bill started his own business in 1954 in Anaheim. It began as Power Tool & Supply Co. but was later changed to Phillips Company. It was a wholesale distribution business, selling tools and building products, some of which Bill imported. He was very hardworking and became very successful with his company. During this period he traveled all over the world to find products, including a trip into China before it was opened up to travelers. He was allowed to go into South China and contact a manufacturer from whom he began importing goods. In 1993, exactly forty years later, he sold sections of his business, and closed the reminder in an orderly fashion. He found jobs for all his employees, some of whom shed tears at the closing. Bill was a true entrepreneur and salesman, very respected by his friends and competitors alike.

He lived in the home he and Faye built in Monarch Bay Terrace for the last 28 years and was a Founding member of El Niguel CC in Laguna Niguel. He really loved golf and his golfing friends and they gave him many happy times. He will be missed very much.