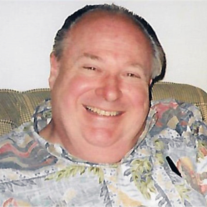 William Hulsy, son of William R. Hulsy and Regina Scott Hulsy of Bakersfield, California, passed away peacefully in his sleep after a long battle with heart disease.

William followed in his father’s footsteps, graduating from Bakersfield High School in 1960, securing a B.A. degree from the University of California in 1964 (loyal member of Alpha Tau Omega Fraternity), completing his Juris Doctorate in 1967 from U.C. Hastings College of the Law.

His first professional endeavors involved pursuing his passion for the political arena, working for the Republican Party as an administrative official and campaign manager. Those who knew him well, acknowledge his prodigious mind and pursuit of truth in adhering to conservative principles and doctrines.

With a growing family, Bill became a Long Beach City Prosecutor for ten years, all the while honing his courtroom skills and harboring plans for developing a private practice closer to home in Santa Ana. He practiced law for forty years at Hulsy and Hulsy, up until the day before he passed away. He had a warrior’s mind that never stopped feeding his innate curiosity. He always attempted to protect his clients, as if they were members of his own family.

William never wavered in his loyalty to his wife of fifty-three years, Karen, or in his devotion to his six children, William, Eric, Stephen (deceased from cancer in 2003), Edward, Mary Katharine and Robert. He leaves behind his beloved fourteen grandchildren: Drew, Joseph, Brian, Megan, Kristin, Matthew, Connor, Katie, Jack, James, Spencer, Liam, Ashby, Hazel, his much loved son-in-law, Lincoln Hulse and daughters-in-law, Catharine, Sara, Sharon, Eden, and Jennifer. He loved, cherished, and so admired his two brothers, Robert and James and sister, Barbara Fowler, and their respective families.

William found both strength and support from his Catholic faith, supporting many traditional organizations. He was a member of the Mary’s Hour Choir and the Serra Chapel Choir for a number of years.

The Hulsy family would like to personally thank Bill’s loyal Office manager, Theresa Ferrari, and faithful secretary, Donna Russ, for all of their help and dedication.

His rosary will be said at O’Connor’s Mortuary in Laguna Hills at 7:00 p.m. on September 14th. His Mass of Christian Burial will be held at 10:00 a.m., September 15th, at the Mission Basilica San Juan Capistrano. The family has designated the UCLA Brain Cancer Research Fund, located at: https://giving.ucla.edu/braincancerresearch. Please indicate that your donation is for the Stephen Hulsy Memorial Fund.