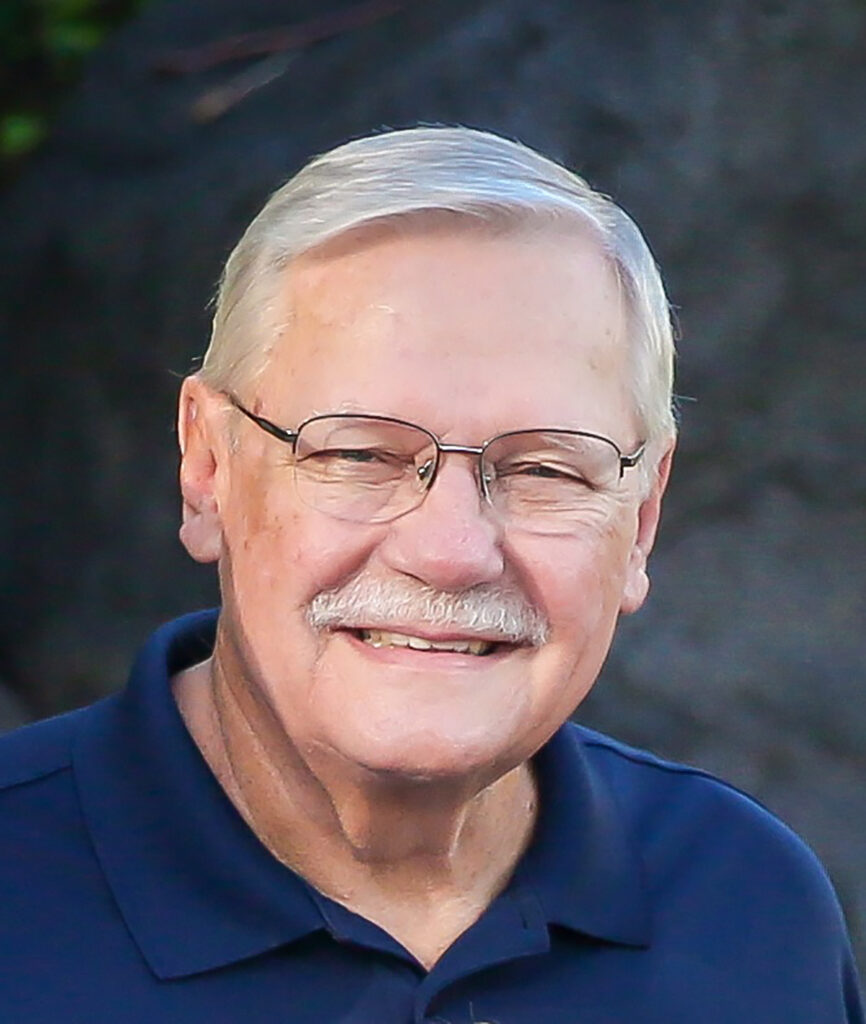 William (Bill) R. Bloom, age 75 of Laguna Hills, CA, was a US Army veteran, expert structural engineer, do-it-yourself master, camping aficionado, (aspiring) scratch golfer, travel enthusiast, and a loving husband, father, grandpa, brother, uncle, and friend to many. He went to heaven on August 4, 2022 to be with our Lord after a brief illness.

Bill was born in Omaha, Nebraska in 1947 to Clarence and Hazel Bloom. At about age 9, he moved to California with his parents, residing in the San Gabriel Valley. Growing up he enjoyed playing basketball and gained an appreciation for the great outdoors on camping trips with his family.

As a senior in high school in 1964, Bill met his future wife, Lorraine, in CCD class at Our Lady of Guadalupe in Irwindale. After graduating from Charter Oak High School in Covina in 1965, he enlisted in the military as a member of the 1st Infantry Division of the US Army.

In 1968, Bill married his high school sweetheart Lorraine when the two were 20 and 19 years old, respectively. Within a month after exchanging wedding vows, Bill went overseas to serve in Vietnam. For his weeklong PTO halfway through his Vietnam tour, the newlywed couple met up in Honolulu for vacation. This memorable trip created a lifelong love for the Hawaiian Islands that continued for both of them throughout the years.

After the Army, Bill went on to Cal Poly Pomona where he earned his degree in civil engineering, and later continued his education to become a structural engineer. Upon graduating, he went to work for the firm of Steinbrugge & Thomas in Newport Beach. The firm later became Steinbrugge, Thomas & Bloom, and then STB Structural Engineers.

STB was important to Bill, and he dedicated himself to the same company for his entire 45-year career until he retired in 2017. Along with the role of owner of the company, he was tasked with being the first baseman for softball games against rival architecture and law firms. Bill was also responsible for the structural engineering of many of the public-school facilities throughout California and Utah, as well as writing exams for structural engineering state licensing. He carried out his career the same way he lived his life: with dedication, attention to detail, and integrity.

Bill enjoyed the great outdoors and taking his two sons on countless camping excursions throughout California. In later years, the camping trips became even more enjoyable for Bill with grandchildren on his lap while sitting around the campfire and gazing at stars. He was a master at fixing leaky tents and his camping organizational and cooking skills were second to none. He enjoyed creating culinary feats in the wild such as keeping ice cream frozen in the forest and baking cinnamon rolls on skewers over an open flame.

Traveling with his wife, Lorraine, was truly one of Bill’s greatest passions. The two traveled the globe together in endless pursuit of new sites, good food, and adventurous excursions of golf, snorkeling, skiing, and zip lining– all the while creating fantastic memories cherished forever. Most recently, Bill and Lorraine celebrated their 54th wedding anniversary in March 2022 on a 3-week cruise around Tahiti and across the Pacific Ocean. But in going back to their newlywed roots, their most precious travel moments were spent on annual trips back to Hawaii, where the two spent many days watching the sun set into the ocean at Ko’Olina.

Above all else, family was everything to Bill. He was a dedicated and loving husband for 54 extraordinary years of marriage.  It was evident to everyone who knew Bill that Lorraine was his world. She was his foundation, and he took pride in being her partner in life.  From teenagers, to parents, to grandparents, they held hands and were steady and true. Theirs will always be a simple and beautiful love story.

As a father, Bill played a huge role in the lives of his sons, Scott and Rob.   Bill was an involved and attentive dad, eager to play catch after work, shoot hoops in the driveway, or help with math homework.  As his sons grew up, Bill continued to provide unwavering support, encouragement, and humor.  And when Bill became a grandfather, he dove into his new role with incredible joy and zest.

For his grandchildren, Bill read stories, constructed intricate forts, laughed at kid jokes, cheered at games and performances, played Uno around the campfire, constructed 4’ tall Lego castles (being an engineer, they were extraordinary), taught all about national parks and geography, and ended each visit and phone call with “I love you.” He was the most proficient and loving Tickle Monster the world has seen.  Bill cherished his grandkids, and they were so lucky to be loved by him.

Bill’s love for family extended beyond his immediate family and included his daughter-in-law, siblings, brothers and sisters in-law, nieces, nephews, and dear family friends. Family celebrations, Bloom/Patterson picnics, and holidays were at the top of his list.  Uncle Bill took special pride in his nieces and nephews, following their lives with interest and praise.  He loved easily and was a generous distributor of heartfelt compliments.  His strong hugs and warm, welcoming smile will be cherished in our memories forever.

Bill is survived by his wife Lorraine, sons Scott and Rob, daughter-in-law Renny, and grandchildren Lucas, Alex, Marco and Marcela. He is also survived by his sister Barbara, brother Joe, brothers-in-law Ben, Tom and Jerry, sisters-in-law Rosemary, Ronnie, and Patti, and so many other beloved family members and friends.

A memorial service will be held on August 15th at 10:30 am at St. Kilian Church, 26872 Estanciero Drive, Mission Viejo.  Donations can be made in his honor to the Wounded Warrior Project: https://communityfundraising.woundedwarriorproject.org/campaign/Bill-Bloom