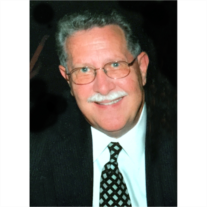 William “Bill” Patrick Christie, loving husband, father, grandfather, great-grandfather and brother, passed away on February 16, 2017, surrounded by loved ones after a long battle with Alzheimer’s. He was born in East Cleveland, Ohio on May 24, 1941 to George and Margaret Christie. He grew up in the South Euclid area graduating from St. Joseph Catholic High School in 1959. He graduated from the University of New Mexico on a NROTC scholarship in 1964 with a degree in chemical engineering.

Upon graduation, Bill started his Navy service and was accepted into the submarine program after interviews with Admiral Rickover. He reported for duty at Nuclear Power School at Mare Island Naval Shipyard, Vallejo, CA. After the intensive six-month school, he proceeded to Saratoga Springs, NY for another six-month school for qualification as a Nuclear Power Operator on a full-scale reactor prototype followed by US Naval Submarine School in Groton, CT. In his usual manner, Bill was resolute and determined passing all three successfully. After Sub School in June, 1966 Bill and his family moved to Charleston, SC where he was assigned as an Officer in the Engineering Department aboard the USS Von Steuben SSBN-632 Blue Crew. During a three-year tour, Bill completed 6 Polaris Missile Submarine Patrols. He served in various Officer billets including Electrical and Reactor Control Officer, Main Propulsion Assistant and Communications Officer. He was a very conscientious Officer and a fine shipmate who was admired by all who served with him.

Honorably discharged from the Navy, Bill then worked for Monsanto and was eventually transferred to California. He attended night classes at Western State Law School. As a Patent Lawyer, he joined the Pasadena office of Christie, Parker & Hale in 1978; eventually becoming a senior partner as well as managed the Newport Beach office until he retired.

The family wishes to thank the staff of Vitas Hospice Care, especially Dr. Bui, Chaplin Al, Lulette, R.N., Carmen and Margy. We were blessed to have such loving caregivers: Xavier, Theresa and Jonel.